The buyer of the 1982-vintage, 20-story property was TKOS 1 LLC, a Delaware limited liability company of Sumitomo Corp.

The CoStar Group tallied 54,940 square feet of rentable space, translating into a vacancy rate of about 17.6 percent.

The building, which serves as a regional headquarters for BofA, includes a two-story bank branch and a three-level subterranean garage that can accommodate 383 vehicles. The site consists of 1.22 acres.

The property, which was completely renovated in 2008, won The Office Building of the Year (TOBY) award for that renovation work in January 2010. A 1,120-square-foot expansion of the main lobby included a new “glass curtain” wall system and raised ceilings. 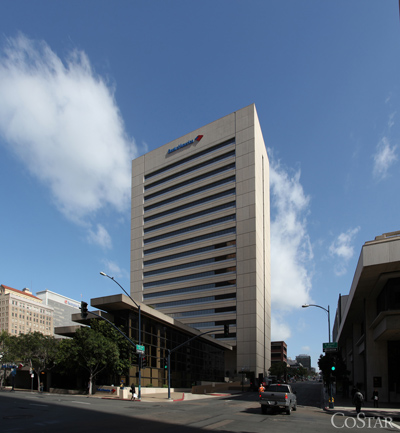