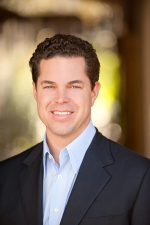 One of 2013's major deals was the offer and eventual city acceptance of Hughes Marino to represent the city of San Diego for free in its downtown lease and sales transactions last spring.

Former Mayor Jerry Sanders had rejected Jason Hughes of Hughes Marino's initial offer and kept Cassidy Turley as the city's broker of record, but former Mayor Bob Filner was more receptive and Hughes Marino appointed and was put to work.

Later, after the downtown San Diego-based brokerage had saved the city millions of dollars in leases, Interim Mayor Todd Gloria praised Hughes for his efforts and has kept him on.

While Filner was still in office, Hughes saved the city about $20 million by renegotiating leases plus more than $500,000 by not taking brokerage fees.

Within weeks of his appointment, Hughes took the city's public utilities and engineering capital projects out of 138,964 square feet at 600 B St. into 77,621 square feet at 525 B St. The city retains the option for an additional 25,000 square feet if necessary.

While the move may not have been good for 600 B St., this deal alone will save the city as much as $3.2 million annually, or plus or minus $15 million during the five-year lease term.

Hughes was able to cut the per-square-foot lease term by more than half as a result of the accord from $2.62 to just $1.25-per-square-foot.

The 600 B/525 B St. transfer wasn't the only place where Hughes managed to save money, when he renegotiated the lease at 1010 Second Ave. last July, he saved the city $4.84 million over six years for an average savings of more than $800,000 annually. Here again, Hughes was able to get the per-square-foot lease rate down from $1.74 to $1.17. That lease has escalation clauses that have the rate topping out at $1.36 in the final year.

Since then, Hughes has been looking at other city leases, notably at Civic Center Plaza at 1200 Third Ave. across from City Hall. That 265,986-square-foot building is 100 percent leased according to The CoStar Group (CSGP: Nasdaq).

By far the biggest tenant in Civic Center Plaza is the City of San Diego's Purchasing and Contracting Department that occupies some 243,176 square feet of the total. That lease is slated to expire in July 2014.

Before Hughes was appointed, Cassidy Turley had operated on a variable commission. For example, CT received a 0.98 percent commission or $80,000 when the city’s Real Estate Assets Department sold the World Trade Center on Sixth Avenue to the city's Redevelopment Agency for $8.2 million, so it could be used as a homeless shelter.

That sale raised a few eyebrows, most notably by former Councilman Carl DeMaio, who questioned the wisdom of paying a commission on the deal given that the sale was between two city departments.

James Barwick, who then headed the Real Estate Assets Department, responded that even though Cassidy Turley was unsuccessful in getting the building sold, the brokerage deserved compensation for its efforts. Cassidy Turley had tried to market the building to 50 potential buyers over a four-year period.

Hughes would later offer to work for the city, but then Mayor Sanders rejected the idea and that would be the status quo until Filner made his appointment within the past year.

As for what will happen now, that may or not depend on who is mayor come February. Both Councilman Kevin Faulconer and David Alvarez have said they will take a fresh look at the arrangement with Hughes.