Every week, Daily Transcript real estate editor Richard Spaulding selects a commercial real estate transaction that he feels has particular merit in its time and place. The following are his top three multifamily sales of 2013.

About the property: Offering what a Jones Lang LaSalle executive vice president described as “a one-of-a-kind location on the entire West Coast of the United States” with “spectacular views that just go along with that unique location,” the 549-unit Coronado Bay Club Resort Apartments were built in 1971. The complex, which was renovated in 2008, offers studio to two-bedroom floor plans ranging from 404 to 1,063 square feet. Rents range from $1,193 to $2,683 per month. The complex is at or near full occupancy.

The seller was represented by Jones Lang LaSalle (NYSE: JLL). The buyer was self-represented.

Closing the deal: Darcy Miramontes: “It's a one-of-a-kind location. That was first and foremost. I think it was just first and foremost the reason a lot of investors were initially attracted to this asset. With that being said, there aren't a lot of buildings like it, so there aren't a lot of sales comparables to point to in terms of pricing. So, it was our job to help sort of define that Coronado submarket and also define it as part of the larger San Diego market, akin to some of the nicer buildings downtown, but still allowing for the beach lifestyle that you find in Coronado. So it's really a blend of -- I think at the end for the day for many investors -- it was a multifamily asset that attracted a very good tenant profile, based on its superb location. It’s a San Diego beach feel, but also close proximity to the urban core of San Diego. Once investors wrapped their arms around some of those focal points and some of the comparables in the market, some of the market data, not only on Coronado, but on San Diego as a whole, it was helpful.

"The (buyers) plan a very large renovation to the project, which will help fortify the property's status in the market as one of the best-located and well-run project in the county where people want to live. So, they have an extensive renovation budget underway.” 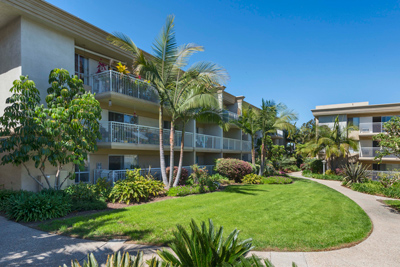 About the property: Domain by Alta is a 379-unit luxury apartment complex at 8795 Lightwave Ave. in Kearny Mesa, within the master-planned San Diego Spectrum community. The complex comprises of two, four-story buildings of rental apartments and a community clubhouse built over underground parking to accommodate up to 750 vehicles. The property consists of 23 studio apartments, 197 one-bedroom and 159 two-bedroom units, as well as 35 units that meet an affordability requirement. Thirteen floor plans are offered, ranging from 598 to 1,309 square feet.

Closing the deal: The asset was sold for $121 million, cash ($319,261 per unit) by a limited-liability corporation controlled by Atlanta-based Wood Partners, which completed construction of the property last year, and a fund sponsored by CBRE Global Investors. The buyer was Palo Alto-based Essex Property Trust Inc. (NYSE: ESS), a real estate investment trust that invests in upscale apartment properties, primarily on the West Coast.

Chris Zorbas, first vice president of investments for Institutional Property Advisors, A Marcus & Millichap Co., was on the team representing the seller. According to Zorbas, the asset's many desirable attributes and proximity to major employment centers helped facilitate its sale.

“Obviously, you have the rarity of the offering, simply being brand-new construction in an extremely dynamic marketplace that is often overlooked -- that being Kearny Mesa, and specifically, the master-planned community of Spectrum. Just in terms of the construction, the quality of the building is second to none,” Zorbas said. “As far as what drove it in terms of the success of the lease-up would be its close proximity to kind of ground zero in the way of high-paying job base for San Diego. You're surrounded by numerous corporate headquarters, and various employment drivers that are a stone's throw away from that property. And, for the residents, you really have a whole host of amenities within a very short distance of the asset itself.” 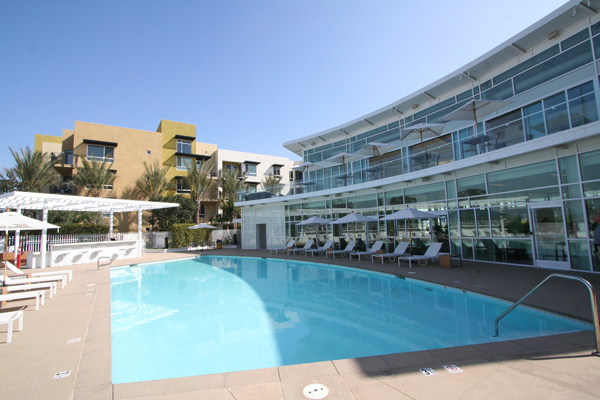 About the property: Missions at Sunbow is a 336-unit apartment complex at 825 E. Palomar St. in Chula Vista. The 14.59-acre apartment complex was constructed in 2003 by The Morgan Group of Houston. Seven floor plans range from a 724-square-foot, one-bedroom unit to a 1,327-square-foot, three-bedroom, two-bath unit.

Closing the deal: The seller was EQR-Missions at Sunbow LLC, headed by Chicago-based Equity Residential (NYSE: EQR), which acquired the asset for $86 million in 2006. Ed Rosen and John Chu, of Cushman & Wakefield's Multifamily Advisory Group, represented the seller in the transaction.

“It was a nice, clean deal. A pretty straightforward deal,” Chu said. “Equity Residential ended up owning it and it was time for them to move on, so we put it on the market and got them a good price and everybody's happy.”

Chu credited the smoothness of the sale to the fact that the buyer was solid and had no issues qualifying and getting financing for the deal for what he described as a very desirable property.

“It's a newer product, less than 10 years (old) or right around there. Nice amenity package. Big resort-style pool big clubhouse,” he said. “You know, the (Morgan) group that developed it started life in Texas, so you know they build them bigger over there and they brought a lot of that same strategy to their design. They brought the latest evolution of apartment building down in Chula Vista.” 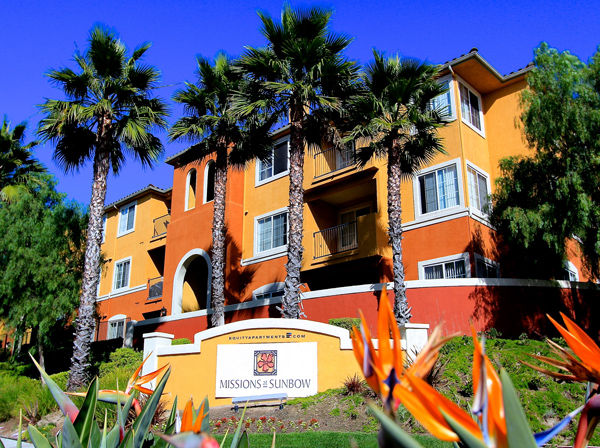