Every week, Daily Transcript real estate editor Richard Spaulding selects a commercial real estate transaction that he feels has particular merit in its time and place. The following are Spaulding's top three industrial sales of 2013.

About the property: The 40,300-square-foot research and development building was constructed in 1984 on a 2.93-acre lot and is in the Pacific Sorrento Technology Park. The property was 100 percent leased at the time of sale.

Closing the deal: The property sold for $7.5 million. The transaction consisted of payment of $2.7 million and assumption of the $4.8 million balance of a June 2006 loan of $5 million. The buyer was CIRE STNL LLC, a unit of CIRE Equity, of La Jolla. The seller of the property (assessor's parcel 343-130-09) was The Silverstone Company LP.

Scripps is the major tenant in the building.

The sale came at a pivotal time for transportation and parking at the site, according to Hoag. Construction of expanded HOV lanes and passenger and freight rail services through Sorrento Valley changed the configuration of parking at the property. Hoag worked with Caltrans to verify parking and access to the site as part of his negotiations.

“That part was pretty complicated, actually, but now that property has the best access in Sorrento Valley right now,” Hoag said. “Other than that, the deal was pretty straight-forward.”

About the property: The 48,043-square-foot former Ameron Pipe facility at 10441 Vine St., Lakeside, sits on 14.03 acres and was reportedly one of the few zoned M-54 outside storage-entitled properties in East County.

“At the time this was the largest industrial property available in San Diego that was M-zoned for outside storage,” Melzer said. “The marketing involved a regional marketing campaign to find a buyer for the whole 14 acres, whereas most of the offers were for partial use of the property.”

Melzer said the $9.5 million asking price was in line with San Diego standards, but was cost-prohibitive for many prospective buyers from elsewhere, which reduced the potential buyers pool. The property was sold for $7.4 million, cash.

Ultimately, the buyer was from Atlanta but had a local operation to use the property, according to Melzer. And since the seller was in Texas, it “made for interesting communications” across time zones, Melzer said.

About the property: The property is a two-story, 109,367-square-foot manufacturing/distribution building at 1111 Pioneer Way in El Cajon. The building is divisible to 50,000 square feet, and includes 18,904 square feet of office space and 18 truck docks.

Closing the deal: The buyer was 1111 Pioneer Partners LLC. The seller of the property was Longkin Properties. The seller took back a trust deed for $5 million.

Renner was also an investor on the purchase, buying the property with new tenant Vision Systems, a custom aluminum glazing system manufacturer and installer.

“It was a good price,” Renner said of his decision to invest, noting the deal included seller financing. Renner is an owner of eight industrial buildings in El Cajon and Rancho San Diego.

The Toro Co. (NYSE: TTC), which specializes in lawn-care products, leases about 60,000 square feet of the warehouse space, according to Renner. Vision Systems takes up most of the rest of the space, he said, though lease renewals are pending.

The property was formerly occupied by Windowmaster Products Inc., a manufacturer of aluminum and vinyl window frames and doors that is a subsidiary of Jeld-Wen Inc. 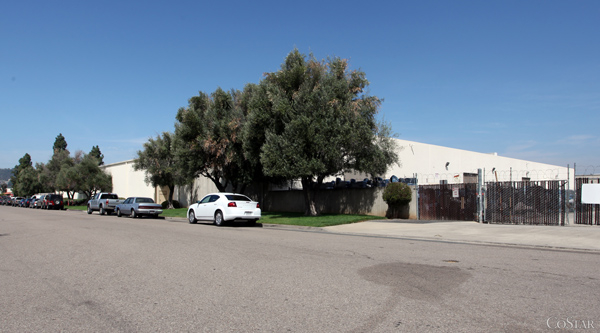