Another large parcel within the Otay Ranch masterplan has sold, this time to a Moorpark, Calif.-based firm that owns a number of office and flex buildings here.

A Dansk Investment Group partnership has paid $21.26 million for 867 acres to accommodate 1,007 single-family lots in Otay Ranch Village 13. The property is near Jamul, bordering the Otay Lakes, just east of the Chula Vista city limits.

While the buyer could not be reached for comment, construction on the homes is expected to start within the next two years.

The property was acquired by a Dansk-controlled partnership known as Moller Otay Lakes Investment LLC. John Moller is chairman of Dansk as well as being the chairman of USA Petroleum Corp.

The seller of the Otay Ranch Village 13 property was a unit of Winterpark, Fla.-based Avanti Properties Group and Avanti Group Management, known as Otay Village ASLI LLP. Marvin Shapiro is the president of Avanti.

David Landes and Greg Vogel of Land Advisors Organization represented the seller in the transaction. The buyer represented itself.

While Moorpark-based Dansk has acquired properties in San Diego County before, they have either been office or flex buildings rather than raw land.

Dansk currently owns the141,405-square-foot Goldentop Technology Center in 4S Ranch at 17030 Goldentop Road that it paid $37 million for in June 2007. The CoStar Group said that property is fully leased. 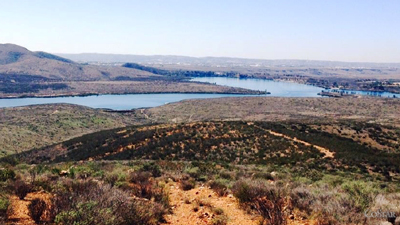 A Dansk Investment Group partnership has paid $21.26 million for 867 acres to accommodate 1,007 single-family lots in Otay Ranch Village 13. The property is near Jamul, bordering the Otay Lakes, just east of the Chula Vista city limits.

Dansk also has some other properties in its San Diego-area portfolio, including the three-building, 80,000-square-foot Sycamore Creek Research Park at 10655, 10665 and 10675 Sorrento Valley Road in Sorrento Valley. Sycamore Creek sold to a Dansk entity for $23.6 million in mid-2007 as well.

This week's raw land transaction followed closely on the heels of the $37.12 million sale of 1,100 acres of raw land along Proctor Valley Road in an unincorporated portion of Otay Ranch to Genstar-affiliate GDC Communities. That property could hold as many as 1,200 homes.

The Otay Ranch plan is proposed for 27,000 residential units at buildout. Roughly 10,000 of these have been built. The figure might have been higher but Otay Ranch was a community that was hit particularly hard during the recession.

The Corky McMillin Cos., which just closed out its 5,000-unit Lomas Verdes masterplan in Otay Ranch in the fourth quarter of last year, is scheduled to release its first units in its eventual 3,000-unit Millenia development in Otay Ranch by early 2015.

Three different products will be offered at the outset. These include townhomes and triplexes totaling 215 units. The two- to four-bedroom floor plans will range from 1,300 to 1,900 square feet.

Plans also call for a hotel (the exact size wasn't immediately available) in the initial phase, and 19 acres of retail and 10 acres of office properties are part of the early projects as well.

"A primary focus will be to find the users for the office part of the development," Ramirez said.

Carlsbad-based HomeFed Corp. recently received required approvals for 2,000 units in the Village 8 West portion of Otay Ranch. As many as 2,000 more units are also planned to be developed by HomeFed nearby.

Baldwin partnerships from an earlier generation were the original developers of Otay Ranch. The ranch, which originally comprised more than 20,000 acres, was bought by partnerships controlled by brothers James and Al Baldwin for $150 million in 1999. The Stephen and Mary Birch family owned the ranch prior to that time.