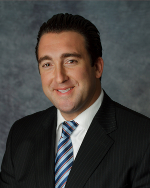 John Vorsheck, Marcus & Millichap vice president and San Diego regional manager, says his office completed 260 transactions worth $1.2 billion in 2012 and expects when the numbers are tallied ,it will fare at least as well in 2013.

"We're going to be very close, if not ahead, of last year," Vorsheck said.

Vorsheck, who oversees 42 sales professionals and about 40 support staff at the real estate brokerage firm, said he is very upbeat about 2014.

"It's going to be a phenomenal time to be in the industry. We're going to see rental rate increases, improved occupancies and interest rates near historic lows," Vorsheck said, adding that "there is also a whole lot of debt that needs to be refinanced and repositioned."

Vorsheck, who served as an offensive lineman at both at Laguna Hills High School and the University of Arizona, might have tried for the pros, but the 6-foot-four, 300-pounder figured he had enough bruises already. His parents, who had worked in the business, helped persuade him to look into commercial real estate.

"There was a camaraderie in football that I miss but I have gotten that same feeling with commercial real estate," Vorsheck said .

Vorsheck, who said he got his first job with a major commercial brokerage firm by cold calling until he was hired in the early 2000s, went on to work in a small boutique multifamily brokerage (firms he declined to identify) before he joined Marcus & Millichap in 2006. He has been vice president and regional manager since late 2010.

Marcus & Millichap is involved in a whole host of services such as office, industrial, capital markets, mobile home park sales, medical office and even senior housing. The multifaceted firm may be best known for its apartment and retail brokerage.

When asked if the several thousand apartment units in the pipeline or under construction could be too much for the market to bear, Vorsheck said he didn't think so.

"While everyone has to be cautious about the level of construction, the next generation doesn't have the same infatuation with homeownership that prior generations have had," Vorsheck said.

Vorsheck said he expects there will be some concessions to bring people in, but fully expects for most of these units to be filled up.

In the meantime, Marcus & Millichap's Institutional Property Advisors company last month handled one of the largest apartment transactions of the year in the $121 million sale of the 379-unit Domain by Alta apartment complex in the San Diego Spectrum in Kearny Mesa. The complex was acquired by Essex Property Trust (NYSE: ESS).

Vorsheck said the goal of the office isn't just to get the largest sale.

"I want to make sure my guys stay focused and have a good time."