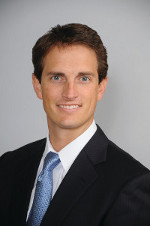 Dan Broderick, president of Cassidy Turley of San Diego, said 2013 has been "pretty healthy" for his 95-broker offices, but worries about how company mergers, moves and other factors will impact leasing in 2014.

Broderick, who oversees more than 185 people in San Diego including administrative staff, said even with somewhat improved hiring and leasing there is plenty of uncertainty.

There is no shortage of issues that stand to have an impact on commercial real estate in the coming year. Broderick said these include the mergers and acquisitions, new stringent energy requirements on commercial buildings and the recently approved linkage (developer impact) fee on commercial construction.

Broderick said the various mergers and acquisitions next year will result in the return of some 700,000 square feet to the San Diego market.

"That's a lot of space and about 3,500 jobs and that scares the heck out of me," Broderick said.

A major hit will happen when American Specialty Health Plans moves its 200,000-square-foot headquarters from Sorrento Mesa to Indiana in the middle of next year.

Last May, San Diego-based Websense Inc.(Nasdaq: WBSN) agreed to be acquired by Vista Equity Partners, a private equity firm for close to $1 billion. Initially, Vista Equity said it would keep Websense here, but within the past few weeks, reports have been circulating that Websense along with Active Network and Omnitracs (a former Qualcomm subsidiary) might be moving to Texas for tax reasons. Websense had just renewed and expanded its Sorrento Valley leasehold at the beginning of 2013 for 121,723 square feet for 67 months in Sorrento Valley for a hefty $17.5 million at the beginning of 2013.

Broderick says another major issue facing his industry is the planned increase in the linkage fee that was narrowly approved by the San Diego City Council in early November. The fee on commercial construction is intended to help subsidize affordable housing. While the agreed upon plan won't immediately result in a feared 500 percent increase in the fees, Broderick is concerned how they might be passed onto tenants over time.

On another front, depending on how a lease is structured, tenants pay varying amounts for utility expenses -- costs that are only expected to climb due to the more stringent Title 24 energy requirements now in effect.

"These are significant costs that are going to get passed on to the tenants," Broderick said.

Looking beyond all these issues, Broderick said Cassidy Turley "is definitely doing better as a company" as well as locally, though it does have room to grow in Southern California.

"We would like to increase our presence in Orange County and the Inland Empire," Broderick said. "We don't seek to be the biggest, but we want to be the premier firm in Southern California."