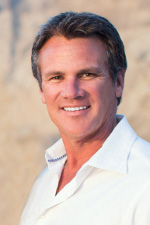 Chris Rowe, owner and president of Echo Pacific Construction, believes strongly that a team can accomplish some amazing things as long as the team members don't care who gets the credit.

“I'd appreciate it if you could focus more on what we do as a team and less what I do as an individual,” Rowe humbly requested, walking the walk.

The San Diego native started in construction while in junior high school, working with a friend whose father had a construction company.

“Once I started doing it, I found out that I was pretty good at it,” said Rowe, who also enjoyed the benefits of working outdoors, staying in shape and making good money. “It was hard to turn away from that.”

“Obviously, once I got a little older and started raising a family, there had to be a little more structure to it and I got into the commercial side and ended up coming to work for D.M. Erickson Construction,” Rowe recalled. “When that partnership kind of dissolved, there was an opportunity for people at the company to buy the outstanding shares and eventually, I was the last of five original partners standing.”

Ultimately, Rowe and his team overcame the financial problems they inherited and got the company back on track. Echo Pacific officially came into existence in 2000.

“It's been pretty smooth sailing since then. I have some people that have been with me 20 years,” said Rowe, proud that he's been able to afford his two children the college education he never had.

Rowe says his son and daughter are, by far, his favorite “projects.”

From the standpoint of business projects, Rowe is especially proud that his team completed the $26 million construction of Willow Grove Elementary School for the Poway Unified School District in just 10 months. He said that Echo Pacific is now about 40 percent through a $6 million project to build the district's new K-8 school. August is the completion target.

“We tend to do a lot more with fewer people. We haven't had to lay anybody off in this economic downturn, based on the size and the flexibility of our company,” Rowe said.

Also, Rowe said, Echo Pacific opened a communications division about three months ago, and has since expanded into several states, doing the construction of the infrastructure needed by major carriers for their cellular service and wireless upgrades.

“Our initial goal was $3 million in a year, and we did $3 million in three months,” Rowe said. “It's bringing a little of the public works sophistication to what is basically a logistics business. We've got people all over the country calling us (to do business), so that's neat.”

Philanthropy is important to Rowe. Echo Pacific supports the YMCA and the San Diego SWAT Foundation. Additionally, Rowe said, the communications side of his company is implementing an accredited apprenticeship program available solely to veterans just coming out of the service.

Chris Rowe has accomplished some amazing things and he deserves a lot of credit. Just don't expect him to accept any.