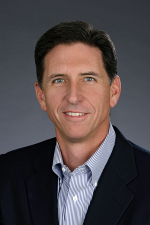 Not unlike many of the chemical compounds his Pharmatek Laboratories formulate on behalf of its pharmaceutical clients, company co-founder and president Tim Scott's role comprises many complex elements, including overseeing the company's sales and marketing, legal, facilities management, accounting, business operations, and science and manufacturing aspects.

“In the late '90s, San Diego was very much a 'discovery' town -- lots of molecules being discovered, lots of technology geared toward discovery of new medicines,” he said. “But there wasn't a lot of support for the development of those medicines, and development chemistry and discovery chemistry are two completely different things. So, we started a chemistry development company at a time when the industry in San Diego was changing pretty dramatically.”

Specifically, no longer could venture capitalists take companies public or get partnerships merely for just-discovered molecules, Scott said. They needed to have compounds that were 18 months from the clinic, which meant the need for a lot of development chemistry. Enter Pharmatek.

Scott's passion for what he termed “developing the knowledge of developmental chemistry in San Diego” has led to his board positions at various companies in San Diego, including the executive committee at Biocom, a nonprofit supporting the needs of the bio/pharma companies in Southern California.

“Through those passions, you get really involved in a lot of different things,” Scott said.

Among those things are a variety of philanthropic endeavors. Two years ago, he established the Pharmatek Foundation, which serves underprivileged children and gives them an appreciation for science. Additionally, Scott serves on the board at La Jolla Playhouse and has served on the boards of all of the schools with which his children have been involved with. He's currently on the Foundation of La Jolla High School.

Having overcome the challenges presented by the recession in 2008 and 2009, Scott said Pharmatek is in “building mode and growth mode, both in our facility and in our team.” He said Pharmatek just completed construction of 8,000 square feet of additional manufacturing space, which has increased its manufacturing capacity by 50 percent. “And that includes a large-scale packaging line, as well, which we didn't have before,” Scott said.

Scott has leveraged his compound professional capabilities -- in sales and marketing, legal, and science -- to co-found Pharmatek and get where he is right now.

“That's really served me well. I'm happy to come to work every day because of that.”