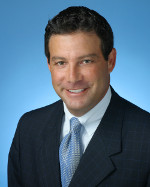 Gary Levine is intent on creating healthy environments. Not only for his employees at GS Levine Insurance Co., but also for the clients his company serves.

Levine, founder and CEO, is particularly proud of the company’s corporate wellness program, called GetLeaner. The program fosters a culture of health within the workplace that adds to the bottom line. The company even guarantees results.

It was named the healthiest company with fewer than 100 employees by the San Diego Business Journal in 2012. Half of the employees lost more than 20 pounds, and a handful shed more than 50 pounds.

“That comes from us wanting our employees to be healthy. We’re setting the tone and direction to be healthy. That creates its own rewards,” Levine said.

“I’m happy about the wellness programs we bring to the community, and that we’re able to save employers money by helping them create healthy environments,” he said. “I think I’m mostly proud that we’ve indirectly helped people within their companies become healthier themselves.”

Levine started the company in 1985 with one employee. The insurance brokerage now employs more than 60 workers and has nearly $100 million in insurance premiums.

“This doesn’t happen by accident. We grew a company that nobody thought I would get off the ground,” he said.

Business was tough during the recent recession. From 2007 to 2011, while clients’ sales and payrolls were going down, insurance rates were also declining. But 2012 was a turning point for the company, which grew about 20 percent over 2011.

After years of softness, the insurance industry is firming up. Underwriters are raising rates, asking a lot more questions and becoming more selective about the businesses they want to write. And that’s when GS Levine Insurance really earns its stripes, the chief executive said.

“A lot of people are process oriented. They take the information down, submit it to the underwriter and present the price given by the underwriter to the client,” said Levine. “They don’t look at it from the inside: How would I do it differently if I were the client? If I were sitting on the other side, what would I want to see? We’re really good at making sure we do that. We serve the magic.

“In 30 years of doing this, we’ve created so many great solutions. We’ve created a business out of just being focused on clients, and wanting to do the best thing for clients.”