By TONY LOVITT, Special to The Daily Transcript
Monday, December 30, 2013 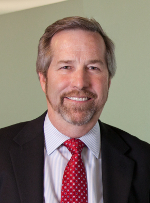 As a deep-sea diver and underwater photographer in the Navy, Brian Cahill's best work was done mostly out of sight. But since he surfaced as a construction professional more than two decades ago, his best work has been on dry land and in full view. Cahill joined Legacy Barnhart Construction in 1992 and has been there ever since. Barnhart was acquired in 2010 by Balfour Beatty Construction and, in 2012, Cahill was named president of the company's Southwest Division.

Following his five-year stint in the Navy, Cahill, originally from Battle Creek, Mich., came to San Diego to be with siblings. He went to school full time -- attended Mesa College on the GI Bill and ultimately earned his degree in aviation science -- and worked full-time for his brother's construction company.

“It was my first introduction (to the construction industry) and it was on a Navy project involving diving and underwater construction,” Cahill said. “I got introduced to federal contracting, diving (on a construction project) and superintending through that experience.”

Today, Cahill is a Certified Construction Manager and a LEED accredited professional. He oversees the work of approximately 300 employees, including office staff and a wide range of construction industry professionals at Balfour Beatty. The company is ranked by the Daily Transcript as San Diego's largest general contractor.

Cahill and his team are about halfway through construction of the $221 million San Diego County Women's Detention Facility in Santee. He said the project has already won awards from the Design-Build Institute of America and the American Institute of Architects.

Among Balfour Beatty's many marquee projects during Cahill's 20-year tenure with the firm are Terminal 2 at Lindbergh Field, the San Diego Chargers training facility, Petco Park, and the San Diego Supercomputer Center at the University of California San Diego.

“Probably one of the more gratifying projects for me was the Wounded Warrior project at Camp Pendleton and the Hope and Care Center at Camp Pendleton,” said Cahill of Balfour Beatty's design-build role in the three-building complex dedicated to the care of injured Marines and sailors.

On an ongoing basis, Cahill is involved in initiatives and endeavors that have a positive impact in the construction industry, as well as in the community.

“We're trying to change the industry and how they look at safety. We've employed 'Zero Harm,' which is zero harm to the public, zero harm to the environment, zero fatalities, zero major injuries,” Cahill explained. “Also, we get involved in a lot of community affairs. I'm the co-chair of Junior Achievement and I'm also the secretary of the Ronald McDonald House San Diego Charities. So that's where I put my effort.”

Brian Cahill has built a strong reputation as a leader.