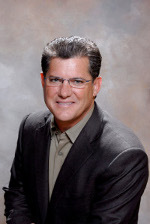 Robert Felix,president of Innovia Community Management Cooperative, doesn't have an office. Instead, he works from his home in Carlsbad.

As president, Felix said his business has the goal of developing products and services with the management companies.

"It's an entirely different industry – there are hundreds of thousands of community associations, which are nonprofit, in the [United States]," Felix said.

His career educating others about managing community resorts has taken him all over the United States, and even to Dubai.

Felix -- who has decades of experience overseeing resort communities -- stopped managing in August, one month after he joined Innovia.

"This is one of those industries someone kind of 'falls into,'" Felix said. "We deal with managing someone's capital, the most prized possession: their home."

Felix said he is fulfilling a goal he set in 1985: leaving a positive influence on the industry.

"We need to realize that managing community associations is a valid profession, and that it has standards, ethics and education," Felix said.

The majority of problems when it comes to such management "revolve around pets, parking and people," he explained. "I've always said the best formal education you could have is in psychology. If you know how to deal with people, you're far better off."

"It's a very small percentage of residents who are dissatisfied, so it's best to understand the veracity of the issue … and get people to understand that community may not be the one they want to live in," he explained.

The Downey native grew up a cabin on Whidbey Island, Wash., where his family moved to in 1963.

After serving in the Air Force, he started doing community association management in 1980.

He also earned a bachelor's degree in business administration and management from Western Washington University.

Along with Innovia, Felix's portfolio includes being president and chief executive officer of N.N. Jaeschke Inc. and senior vice president of Rossmar & Graham. He was named the Community Associations Institute's Educator of the Year in 1998 and 2006.

Joe Farinelli, president of Walters Management, has known Felix for more than 20 years.

"I think the world of Rob," Farinelli said. "He's outgoing, gregarious, well-liked and respected, and lots of fun to be around. He's a guy who will hop on a plane [if someone else isn't able to] and teach a class – he's that passionate about the industry."

Felix described himself as the father of "two beautiful daughters, a fabulous son-in-law and a grandson who will be 15 in January," who loves playing golf, riding his bicycle and going to the beach, where he can "listen to the music of the ocean."