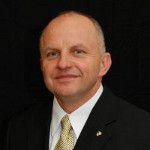 Comparing service as an artillery officer in the Marine Corps and service to small businesses as a banker might seem like a stretch, but not to Dan Adams, who did the former and is doing the latter as business banking area manager for Wells Fargo Bank.

He has been withWells Fargo for six years.

Originally from Reno, Nev., Adams joined the Marine Corps after graduating from Chapman University in Orange County and earned his Master of Business Administration from Washington State University within weeks of being discharged from the service.

Adams, along with two buddies from the military, started and later sold a small company that did engineering analysis for insurance companies.

At Wells Fargo, whether supervising a team of 20 bankers or as a problem-solver, Adams still leverages the knowledge and perspectives he gained as a small-business owner.

Adams said he has a genuine interest in people and a curiosity about their businesses. A key factor in being able to assist a customer, he said, is establishing a face-to-face connection, discovering the customers’ needs and recommending products and services that meet those needs.

“That's where you really make the connection with the business owner and really set yourself apart from everybody else,” Adams said.

Adams is also active in community service. Reflecting his passion and love for the Marine Corps, he serves on the board of the MCRD Museum Foundation.

Adams and his wife have been married for 30 years and are the parents of three and the grandparents of five (including triplet boys), so it's understandable that he's also involved in philanthropic endeavors for youths, including Junior Achievement and, what Adams said is probably his biggest passion, Rady Children's Hospital.