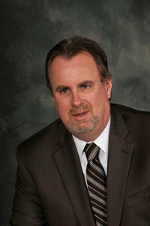 As the interim CEO and executive vice president/chief operating officer of Tri-City Medical Center, Casey Fatch oversees and assesses the performance of about 2,100 employees (including a medical staff of 500 to 600), and has overall responsibility for TCMC's operations and strategic planning. It's not a job for the faint of heart, even with TCMC's renowned Cardiovascular Health Institute right on the premises.

Fatch has a lengthy track record as a hospital administrator. Immediately prior to joining TCMC in 2009, the Glendale/La Crescenta native was CEO of Pacifica Hospital in the Valley, in the greater Los Angeles area.

“I went to school at Pasadena City College for three years for radiology technology and become an X-ray tech and after that, basically worked in that field for about eight years,” Fatch said. “Then I went back to get an undergraduate degree in business and kept going and got my MBA and at that point, just started running hospitals. I got more and more responsibility as my level of education went up.”

Fatch has plenty of responsibility in his present dual capacity with TCMC. He is particularly adept at bringing multidisciplinary groups together and developing a consensus on long-range strategic planning and allocation of resources.

“It's kind of hard looking out five years [in advance], but it has to be done,” Fatch said. “We get a pretty large group together when we do strategic planning. It's a team sport. Everybody has to understand, first of all, what the goals are and, then, why they're important to the hospital [in order for] everybody to get in alignment. It's a process we do every six months.”

“Currently, we're looking at a lot of robotics for surgical cases,” he said. “We purchased a Da Vinci robot a couple of years ago and then a Mazor robot for spine surgery [at TCMC's highly regarded Orthopaedic and Spine Institute], which we have an exclusive on until June of [2014]. That's a new technology that enables our surgeons a much higher rate of accuracy when it comes to the placement of medical screws in spine surgery.”

Under Fatch, fund-raising and community involvement are also healthy aspects of TCMC's philosophy.

The Nov. 2, 2013 edition of TCMC's annual Diamond Ball was dedicated to raising money for equipment used in cardiac electrophysiology and ablation procedures. Fatch played guitar and sang at the gala. TCMC is the title sponsor of the Tri-City Medical Center Carlsbad Marathon, which attracts participants from throughout the world.