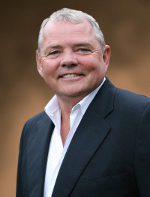 Because of a five-year noncompete agreement, Steve Games sat out the real estate market downturn after he and his partner, Nyda Jones-Church, sold Prudential California Realty.

Admittedly, he enjoyed life, spent time with his youngest daughter, built some projects and made a few investments in Mexico, but by 2012, he was bored and ready to jump back in.

“I’d spent almost every day of the past 35 years in the business,” Games said. “I have a passion for it, and I like to build things. I also absolutely love to make money.”

Neither he nor Jones-Church wanted to start a new company. They also wanted a younger partner. Brian Arrington, 44, founder and CEO of Pacific Sotheby’s International Realty, was already having success in several key markets in the county.

By forming a strategic partnership, the three native San Diegans were able to secure the Sotheby’s franchise for San Diego County.

“It was the combination of getting the whole franchise for the county, and having a young partner who was having a great deal of success,” Games said. “Sotheby’s is a tremendously internationally respected, worldwide icon and represents the best of everything, from my perspective. I felt there just couldn’t be a better name in the real estate business than Sotheby’s.”

As the oldest and most experienced person at Pacific Sotheby’s International Realty, Games, 65, took on the responsibilities of chairman.

“I’m a good person for anyone in the organization to bounce ideas and future opportunities off of,” he said. “Brian was CEO and founder of the existing company, and has done a great job. I didn’t feel as I got older that I wanted to take on all that responsibility.”

The flexibility gives him the opportunity to work with the marketing department to create image-building for the brand locally.

The company has 14 offices, including multiple locations in Coronado, Point Loma and Rancho Santa Fe.

In October, it opened a new office in Encinitas. Games said the company grew 140 percent in 2013, and has more than 340 agents.

“We’re going to continue to recruit and will probably double the size of the company in 2014,” he said.

Over the past 12 to 18 months, Games said there’s been a dramatic recovery in the residential market for homes priced from $2 million to $3 million, and in many markets prices are back to 2007 levels.

Lack of new construction and low interest rates have escalated that recovery.

The market for homes costing $5 million and more began recovering eight to 10 months ago, although homes priced more than $5 million have longer market times than even homes priced from $3 million to $5 million.

Games said people from all over the world are moving to coastal California and international buyers are discovering San Diego’s inventory of exclusive homes in areas such as Rancho Santa Fe, Del Mar, La Jolla and Encinitas.

Anticipating a modest rise in interest rates in 2014, he said, “I think we’ll have a strong year in the high-end market, and a strong moderate market.”

-James is an Encinitas-based freelance writer.