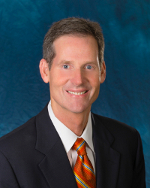 As a political science major at UC San Diego, Steve Holland had his sights set on a career as an attorney. That was, however, until a neighbor made some observations about Holland that made him rethink his career path.

Some 22 years later, Holland has never looked back. Within the past few months, Holland accepted a post as the managing director of Jones Lang LaSalle's Tenant Representation Group.

His first “real” job after college was with Coldwell Banker.

“I felt it was the best company and had the best training program and that's how I got into commercial real estate,” said Holland, who's originally from San Mateo, in Northern California. He spent the past 17 years with the company -- later known as CBRE -- leaving only recently to assume his new responsibilities at Jones Lang LaSalle.

“My basic responsibility is to lead our tenant-representation team. There's 10 members on my team. So it's my responsibility to support them, give them direction, help them with their business plans and really provide overall strategic direction,” Holland said. “What I love about the job is working with real smart people.”

Holland also earned a master's degree in executive leadership at the University of San Diego, which he says has come in quite handy in his new position.

“I really enjoyed that (program) and learned a lot about leadership and what it takes to be a good leader. And now that I'm in a leadership position at Jones Lang LaSalle, it's proven to be great background for me to start implementing what I'd learned at USD,” he said.

“So, we really cover the most active segments of industries here in San Diego,” he said.

Holland is active in the community, as well.

“I've been involved with the United Cerebral Palsy of San Diego for the last seven years and, most recently, up until a month ago, I was on the board of directors,” said Holland, who's also involved as a coach of his son's and daughter's teams, respectively, in the Encinitas Little League and the YMCA.

His professional affiliations include Biocom, Connect and the San Diego Venture Group.

Holland has no regrets about choosing commercial real estate over law. During his career, he has successfully negotiated more than 800 transactions, totaling more than 13 million square feet, including one of the largest transactions ever negotiated in San Diego -- representing Cardinal Health in its leasing of a 411,000-square-foot regional headquarters campus.

“I took a different path, and it's turned out to be a very good decision -- at least for me,” he said.