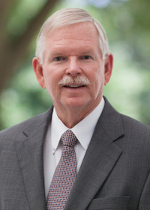 “It expands our footprint and puts us in places we didn’t have a branch before,” including Chula Vista and Clairemont, Horton said. “It’s not so much a difference in how we operate, but it’s a greater convenience for our customers. They’re happy they don’t have to drive as far.”

AmericanWest Bank now has 10 branches in San Diego County. All told, the bank has 109 branches throughout California, Oregon, Washington, Idaho and Utah.

The business-focused community bank offers personal banking, commercial and small business banking products. Privately held by SKBHC Holdings LLC, AmericanWest Bank was founded in 1974 and has about $3.8 billion in assets.

In San Diego County specifically, AmericanWest Bank had total assets of $567 million, and total deposits of $557 million, as of Nov. 30, according to bank spokeswoman Kelly McPhee.

Horton said AmericanWest Bank is working hard to be a good neighbor, making charitable donations in neighborhoods where the bank has new branches. Recent beneficiaries have included neighborhood distribution centers for Meals on Wheels and the music program at Southwest Middle School.

“We’re reaching out into San Diego to have more of a presence,” Horton said. “Expanding the footprint is a tremendous gift.

“We’re trying to do things in a grassroots way, to find the things that are a direct service to the community,” he said.

Horton himself came to AmericanWest Bank by way of an acquisition.

AmericanWest Bank began its local expansion last year with its acquisition of Security Business Bank, where Horton was chief banking officer. During his 40-plus years in the local market, Horton has worked in commercial and business lending, branch operations, credit administration, special assets and auditing.

AmericanWest Bank has been experiencing organic growth of about 10 percent annually, both locally and nationally, according to bank spokeswoman Kelly McPhee.

“We’re active in all major markets in San Diego, we’ve been very successful doing new business and retaining what we have,” Horton said. “More and more people are learning who we are. A year ago, people were wondering what AmericanWest was. Now, it seems like they know.”