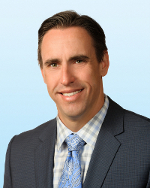 As the son of a frequently promoted FBI agent, Derek Hulse got used to moving around quite a bit as a youth. But when his parents announced -- midsummer, following his sophomore year in high school -- that they were moving to Las Vegas and leaving behind life in the Kentucky community he had come to love, he was devastated. Little did he realize that being uprooted because of his father’s career would strengthen his character in ways that continue to serve him well: Hulse just entered his fifth year as a commercial real estate broker in the San Diego office of Colliers International.

Rather than “crawl under a rock and hide” in the aftermath of the Las Vegas bombshell, Hulse accepted, adapted and assimilated.

Ultimately, whatever Hulse left behind in Kentucky he created anew in Las Vegas, as a collegian at the University of Redlands and in his professional life.

“I feel like I carry a lot of that [resiliency] with me today in what we do [at Colliers]. It's probably one of my best attributes,” Hulse said.

Initially, Hulse didn’t know how he wanted to make use of his business degree, but he knew San Diego was exactly where he wanted to be and moved here after college.

Hulse tried several occupations and thought he “had it made” as the 25-year-old manager of a Bank of America branch in La Jolla. But he eventually decided that banking wasn’t for him, primarily because it seemed that any chance for advancement would require … moving.

He contemplated another career path.

“I just was fascinated with commercial real estate. I can't really even tell you why,” Hulse said. “I didn't know anyone in the business. I just knew that I kind of felt a calling for it. It sounds silly, but it's true.”

Hulse entered the industry in 2006 with a now-defunct firm and worked briefly with Lee and Associates before landing his current position at Colliers.

Hulse is on the move again, happily so and in a completely different way. He’s involved with $45 million in sales at Colliers, not including leasing activity. He and a Colliers teammate, Derek Applbaum, recently closed a $9.9 million deal.

Additionally, Hulse’s influence is being recognized in other ways. He was recently nominated to be on the board of the San Diego chapter of National Association of Industrial and Office Properties.

“I searched so long for something I really wanted to be passionate about,” Hulse said. “The day I started in commercial real estate, and now that I'm here at Colliers, I finally feel like I've found my groove, I've found my niche and this is what I should have been doing the whole time. I just took me a little while to find it.”