When Nick Jackson visits a commercial building, he looks beyond the obvious details like furniture, carpeting and landscaping. He's more interested in something less tangible: the structure's ENERGY STAR rating — a measurement of its overall energy efficiency.

As service sales manager for Jackson & Blanc —the heating, ventilation and air conditioning systems business his great-grandfather founded in San Diego in 1931 — Jackson and his team help clients achieve the highest possible ENERGY STAR scores not just for comfort reasons, but for environmental and financial considerations as well. Much of that is due to state Assembly Bill 1103, which took effect Jan. 1 and is administered by the California Energy Commission as the Commercial Building Energy Use Disclosure Program.

"AB 1103 says any commercial building with more than 5,000 square feet of floor space that was bought, sold or leased in its entirety must disclose its energy-use score in the escrow or title documents," Jackson said. "You sign up through the Environmental Protection Agency's ENERGY STAR program, which is a service we provide, and input certain data like the building type and size, and then record all of your energy-use data for the past 12 months. The system takes into account all the input you've given it, and gives you a score from zero to 100, with 100 being the most efficient.

"The idea is that new potential building owners are able to see a quick snapshot of how the building is performing relative to other buildings of like size and type. So if you were looking at an office building in La Jolla with an energy score of 60, and down the street there was another building with a score of 75, you might be more inclined to go with that one because you know the cost to run the building is less." 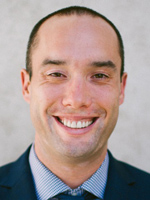 The firm was performing energy audits as a metric for showing owners the efficiency of their buildings well before AB 1103 wound its way through the Legislature over several years, Jackson said. He and his sustainability department trained in the EPA-developed procedure at the SDGE Energy Innovation Center in Kearny Mesa. After discussing the results with a building owner or property manager, the team develops methods to increase the structure's ENERGY STAR score.

"The energy benchmark is probably the easiest portion of this," Jackson said. "If you're a savvy computer user and you've got the right data, you can put this together. What makes it difficult is once you know your score, what do you do from there? We provide that service. We walk through a building and determine a list of energy-conservation measures that can be implemented, and then see that through to completion based on what the customer's interested in. We're not in it to make a lot of money using benchmarking. We use that as a starting point for a discussion on how to improve the score of the building."

At Jackson & Blanc's headquarters in the Miramar area, the firm is practicing what it preaches. It is on the verge of become one of the few LEED Platinum-certified buildings in California with no onsite generation. The building's current ENERGY STAR score is 88 and should exceed 90 soon, Jackson said.

"I think as clichéd as it sounds, being a family-owned and run business has been a key to our success," he said. "My father Kirk, our CEO, likes to say we have to make our employees successful before our customers can be successful. That really carries through to the work that we produce."