By GLENN GRANT, Special to The Daily Transcript
Tuesday, March 4, 2014 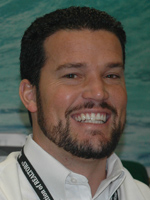 Carlsbad-based RE/MAX By-the-Sea closed the year with one of its hottest years ever: almost $42 million in listings and almost $46 million in sales.

"Oceanside is always a hotter market than a lot of others because of the affordability," said Joe Violi, a 10-year Realtor with RE/MAX By-the-Sea, the agency his father, Frank Violi, founded 22 years ago. "I call Oceanside the final frontier of affordable coastal real estate. It's the last ocean-connected city that's affordable."

"This spring, I'm positive we're going to have a huge boom in inventory and a lot of transactions," Joe Violi said. "This is probably the busiest cycle, right after the holidays. Everybody's been kind of primed for this moment. They're anticipating higher interest rates, so they're getting off the fence, trying to buy right now. So I think this spring will be a really strong market and a great time to sell because I think by mid-summer we'll see higher interest rates.

Violi said the average time on the market in the area is 30 days -- less if the house is priced appropriately.

"If it's anywhere near the recent comparable sales, it will sell," he said. "There's almost no short sales; sellers are no longer underwater, and so they have the ability to sell. We're seeing a lot of move-up buyers. It's going to be a really hoppin' market."