Jelley Properties' agents in region 'that people like to come to'

By GLENN GRANT, Special to The Daily Transcript
Friday, March 14, 2014

Joe Jelley has seen home prices go up along the North County coast about as many times as another plaque has gone up on his office wall.

The plaques are recognition of the Del Mar broker's more than 40 years of community involvement. The prices are indication that the coast is as strong a residential market as he's ever seen.

"It's been getting better each year," said Jelley, whose 18 Jelley Properties agents specialize in $1 million to $5 million properties in Del Mar, La Jolla, Solana Beach, Rancho Santa Fe and Carmel Valley. "In 2013, we were up 40 percent over the previous year. Sixty percent of our sales are all-cash."

Even though he's been in the highly desirable market since 1972, Jelley makes it a point to remind potential buyers and sellers his agents are there to serve them.

His office sends a monthly mailer about available properties to everyone in the Del Mar ZIP code.

"We only have 4,100 people here," he said. "So consequently, the ZIP code is very, very small and that keeps our prices up because people buy second and third homes, beach houses. There actually are people who will buy condos down at the Beach Colony so they'll have a parking place at the beach. It's a different lifestyle." 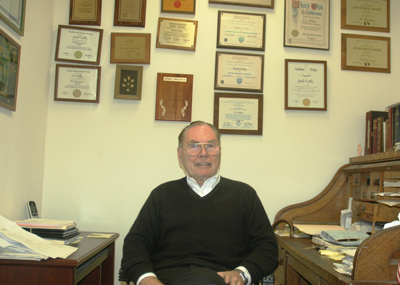 Jelley is optimistic about 2014. He lives five blocks from the beach and gets around town often to keep an eye on what's happening.

"The market's going up," he said. "I track certain properties so that I know where the marketplace is going.

"The real estate market along the coast is very different from the rest of San Diego. What most people don't realize is that San Diego County is larger than Massachusetts and Delaware put together. The county's population is larger than in 11 states. People forget this. And we specialize in a little area that people like to come to."