By GLENN GRANT, Special to The Daily Transcript
Monday, March 31, 2014 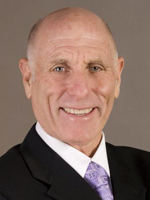 Tight inventory and limited building space in Encinitas don't bother Patrick Conahan all that much.

"Probably the largest concern we hear across the board from buyers and sellers is inventory," said Patrick Conahan, broker/co-owner of Steele Realty in Cardiff, the beach community in Encinitas.

"Between 2000 and 2010, the Census Bureau reported less than 1 percent growth in Encinitas," he said. "We went from a little over 56,000 to a little under 59,000 people. That's because there's not too many places left to build out and not that many pieces of property that are pure lots."

That scarcity is a boon for Steele's 15 to 20 agents. If a home is priced well, it's not uncommon for it to receive 10 to 12 offers, Conahan said.

New listings are staying on the market for less than a week in many cases. Rapid turnaround means fewer open houses.

"We still encourage our agents to do open houses, but the reality is that with most properties, if they're owner-occupied, once we have it in escrow, it's very hard to get a property open," he said. "And if you've only got two days of market time, it doesn't leave much time for an open house. It's not like it was in the early 2000s."

"In 2013, there was enough inventory to provide opportunities for most of our buyers," he said. "There were so many multiple-offer situations, it was a great year."

Conahan is optimistic about 2014 for his office and the region in general.

"I'm very positive and bullish on our company because we have such a good portfolio," he explained. "We're all concerned about inventory, of course, and some of the regulatory conditions we find ourselves in like the new rules in the lending industry.

"But when I see these builders, who are much more aware than I am, starting to put on their belts and finish off properties up here, I think it's great," Conahan said. "You still have a positive influx every year into this county. We're always going to have a decent number so my biggest concern in inventory. I'm not worried about interest rates."

"We have a lot of people who want to retire on the coast, professional people who don't have issues with income," he said. "We have people moving in from Orange County, Los Angeles County. This area is definitely very strong in that regard, and a little more impervious to some of the downticks in employment and gross national product.

"My advice to buyers is to start early and really get a sense of what you want," he said. "You've got to be careful about being too hard-nosed if you're a buyer. I've seen so many people lose homes because they thought it was a buyer's market when in fact it really isn't."