As seen on TV: Matt Battiata prefers real estate behind the scenes

By GLENN GRANT, Special to The Daily Transcript
Tuesday, April 1, 2014 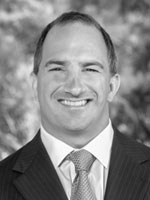 Chances are good that you've seen the very public face of Matt Battiata. He's appeared in TV ads for The Battiata Real Estate Group since 2005. But when it comes to business, he's more of a behind-the-scenes owner/broker.

"I've got kind of a different model than most real estate companies in that I have just a handful of agents who help me with buyers," he said. "I basically delegate all of the office work, but I handle all the negotiations, all the listings and most of the marketing.

"We don't just market on TV, but also by direct mail, newspaper and a lot online. We're trying to find buyers for our sellers and sellers for our buyers, and TV advertising does that very effectively. Like anything else, you have to do it consistently. You can't do it for a week or a month and expect that the phones are going to ring off the hook. It is expensive and I think that's the reason a lot of agents don't do it, but it does work."

That strategy has performed well for Del Mar-based Battiata. His firm sold 273 properties around the state in 2013, with total sales of about $70 million. A big percentage of those were short sales, including some in other states, he said.

"I'm sure the 2014 number is going to be lower than that because we're not doing as many short sales. This is kind of a transition year. But I'm really enjoying doing more regular transactions as opposed to so many short sales because they're just much easier. You can sell it to a buyer; you don't have to worry about bank approval."

But Battiata won't be sitting still this year – especially not at open houses. He plans to keep up the pace with his proven marketing mix.

"Open houses are not a very effective way to sell a home," he said. "It's very passive. I prefer to do more proactive and aggressive marketing versus just sitting in a house on a Saturday or Sunday and hoping somebody wanders in.

"2014 has been great so far. We're very busy. The busiest time of the year for everybody, whether it's a good year or a bad year, is between January and June. Once it hits the Fourth of July, the market slows down dramatically. So if you're a seller, you definitely want to get your house on the market as soon as possible. If you're a buyer, we're looking at a pretty long run-up in values here in San Diego County. So I say the sooner you buy, the better kind of deal you're going to get.

"My advice for agents is: Everything works, and nothing doesn't. In other words, there are so many different types of marketing out there that agents can take advantage of, it all works to a degree. What doesn't work is doing nothing. That I know for a fact."