After solid 2013, Moser Realty is ready for market changes

By GLENN GRANT, Special to The Daily Transcript
Monday, June 30, 2014

CARLSBAD -- In 2013, Carlsbad Realtor Greg Moser had his best year since 2006, with almost $6 million in personal sales and 42 escrows closed among him and his four agents.

The market has cooled off in the first quarter, but sales are starting to heat up, said Moser, president of Moser Realty Group. He is cautiously optimistic about 2014.

"I think we'll probably finish up about 6 to 8 percent from where we were at the beginning of the year," he said. "If consumer sentiment improves, I think things will really take off. If the lending market opens up, 2014 will be a great year.

"Coming out tax season, things pick up," Moser said. "People find out what they owe or what they're going to get back. They start to go out and look and purchase homes. Real estate typically is always the best investment you can make, so it's a long-term investment and you hold on to it."

Since joining the industry in 2001, Moser has ridden out other fluctuations in the real estate market.

He headed a lending office of 140 loan officers for ERA Real Estate in Del Mar, and started his company in Carlsbad in 2004. His San Marcos office had 34 agents when he closed it in 2010 due to the economic downturn.

Sales are now brisk in the premium areas he specializes in, such as Carlsbad, Cardiff, Olivenhain and Del Mar.

"Homes are real hot anywhere between $400,000 and $600,000," he said. "It's still growing really quickly, especially in Carlsbad. I've had a lot of requests for single-family homes, mostly because of schools. School district is a big thing for buyers."

Moser is relying on marketing efforts such as direct mail, postcards, quarterly newsletters and ongoing email campaigns to keep business steady in 2014. He also uses househunt.com and local-area sponsored searches to generate exposure for listings.

He's optimistic that some loan programs coming on the market will soon help spur sales.

"I got word two days ago about a new product for buyers that will allow someone who is a day out of a short sale or foreclosure to purchase property," he said. "We're starting to see some of that secondary market come back in. Three of my wholesale lenders are will be offering it for purchase or refinance with re-established credit or a certain FICO score.

"The loans will be through Freddie Mac, not Fannie Mae, and will really open up a lot of opportunities for buyers who have the ability to put a good amount down," he said. "So that's definitely good news. This is the year we'll be able to see light at the end of the tunnel. As long as everything stays on track, I think 2014 is going to be a good year." 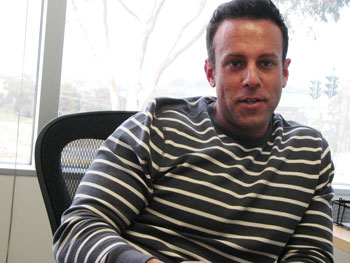