By THOR KAMBAN BIBERMAN, The Daily Transcript
Wednesday, May 7, 2014

The buyer was a unit of San Francisco-based Drawbridge Realty Trust, which has had a substantial presence in San Diego County.

The seller of the property was Edmonton, Alberta-based WAM Development Corp.

Rick Reeder and Brian Driscoll of Cassidy Turley’s San Diego office represented the seller. The buyer, Drawbridge Acquisitions LLC, represented itself. There was no cooperating broker.

The property had previously sold for $36 million in March 2007. The buildings were constructed in 1989 and originally leased to Cymer Laser Technologies (Nasdaq: CYMI), which outgrew the campus. Northrop Grumman (NYSE: NOC) then took 108,290 square feet (leasable) of the campus in early 2005.

Northrop later occupied of both buildings when a General Atomics sublease in the 37,647-square-foot building (leasable) expired in 2010, according to CoStar Group.

Arden Realty (NYSE: ARI) bought the Via del Campo property in early 1998 as part of a portfolio of Southern California San Diego office and industrial, totaling about 5.2 million square feet for about $615 million in 1998. Via del Campo Court was priced at $11 million in that transaction. 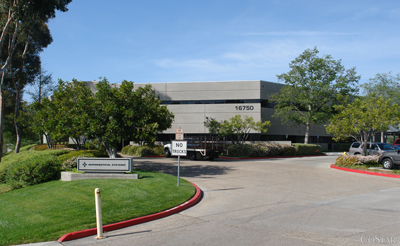 Drawbridge has many San Diego properties. A Drawbridge entity paid $52.17 million for three Rancho Bernardo office buildings totaling 106,656 square feet on Via Esprillo and Via Frontera at the end of 2012.

Another Drawbridge partnership paid $22.25 million for the 80,862-square-foot Pacific View Corporate Center at 5759 Fleet St. in Carlsbad in September.