2013 a record high for Broadpoint /Zavala

By GLENN GRANT, Special to The Daily Transcript
Monday, August 25, 2014

Starting a brokerage in 2008 might not have been the best strategy for many real estate firms, but it turned out to be a smart move for Broadpoint Properties/The Zavala Team.

"We were able to ride out the recession very well because we formed two ancillary companies that provide administrative services to Realtors," said broker Melissa Zavala, described as "Our Fearless Leader" on shortsaleexpeditor.com. "One of them, Short Sale Expeditor, which does short-sale processing, has been hugely successful.

"Individual agents and large brokerage houses throughout California have used us to complete about 220 short sales last year," Zavala said.

While that side of the business was a big help, the firm's Escondido and Encinitas offices did well in traditional home sales, closing 88 transactions totaling $24 million -- its best year to date.

And even though short sales slowed to a trickle earlier this year, notices of default in North County have risen to 248 as of mid-May, giving the company an unexpected opportunity for more short-sale business, Melissa said.

Residential resales in the Highway 78 corridor -- that the company specializes in -- have returned to a more traditional market, which should help Broadpoint/Zavala at least tie its 2013 numbers said her Realtor husband, Javier Zavala.

Condominiums remain an option for buyers who want to live in prime areas, Melissa Zavala said. But the economy's effect on homeowners associations can affect their opportunities to buy.

"A lot of HOAs that have been hard hit by the recession are in mediocre financial situations, so lenders are looking at that before they loan in those areas," she said. "They also look at the occupancy ratios. That also decreases the ability for buyers to get into certain kinds of properties. So if lenders don't like what it looks like, forget it. You have to pay cash.

"The key is to make sure you qualify for the property you're interested in," Melissa said. "For example with a condo, you might qualify up to $500,000 and pick one that's $400,000, but then find out nobody's going to lend on it because of the HOA. So work with a savvy agent who's skilled, knows and can identify those areas and say, 'We can't look at those because they're not going to work because of the situation.'"

Her husband also has advice for buyers: "I recommend they use agents who advocate on their behalf. Research everything. Learn the process. Know all about it.

"A lot of banks, lenders and cities hold classes so people have a better idea of exactly what they're getting into," Javier said. "So when they start the process of buying a home, it will be easier to understand." 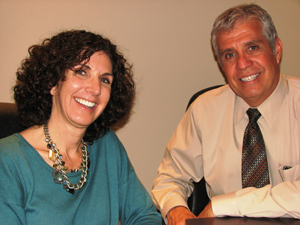