By GLENN GRANT, Special to The Daily Transcript
Monday, August 4, 2014

Even though it's only been here a little over two years, HomeSmart Realty West has found a home in San Diego County.

Roger Lee, director of operations and broker for HomeSmart's regional office in Carlsbad, proudly ticked off his franchise's accomplishments.

"We're the 11th-largest real estate company in San Diego in terms of agents, with 265," he said. "We're growing by 12.5 percent every month and adding 10 to 20 agents a month. We also have offices in Mission Valley and Rancho Bernardo, and plan to open more within 12 to 18 months in Chula Vista, Carmel Valley and possibly East County.

"Our goal this year is to be at 500 agents and I think we're going to get there," he said.

Lee described HomeSmart as a hybrid of brick-and-mortar and virtual offices.

The Arizona-based firm offers agents 100 percent commission, office support, conference rooms, workstations, lead-capture websites, training, marketing materials, a dedicated website for each listing and other benefits for a monthly fee of $49 and $495 per closed transaction.

The strategy has worked well for the company.

Lee said Realtor magazine ranked HomeSmart the fifth-largest real estate firm in the United States and the largest in the Southwest, based on number of independent brokerages.

"It's been a good year for us in the San Diego region," he said. "We had 250 percent growth in transactions, closing 489 units valued at $265 million from June 1 of last year to June 1 of this year, 99 percent of it residential."

"2014 has been exciting so far," Lee said. "At lot more buyers seem like they're coming out and loosening up. It seems like consumer confidence is up as far as homes. People are feeling like they have to buy a house now.

"The climate feels right," he added. "Most people that I speak to, the buyers I'm working with, it's like the whole herd mentality: It's time to buy. Homes are selling quickly and there are multiple offers. The average $800,000 home is selling in a day or two. If a home is priced right, it will be on the market for a week. As soon as I email all the agents or an agent says I have a house that the seller wants to open, we get a response in like one minute." 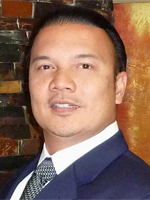