By TONY LOVITT, Special to The Daily Transcript
Friday, March 28, 2014 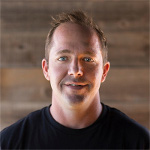 Though Danny DeMichele has been starting and growing online businesses for the last 17 years, online marketing was never his boyhood ambition. Why? The Internet didn't exist at the time ... at least not as we know it today.

DeMichele, 38, is the CEO of Incubate Holdings Inc., a privately held digital holding company in Carlsbad that invests and manages business-service providers across various industries.

He has 35 employees at offices in Carlsbad and Sorrento Valley.

“I think I knew from a pretty early age that I wanted to work for myself, but the Internet was still not around and that's what I ended up going into,” DeMichele said.

Raised in Coronado, DeMichele started his first business at 17, just after graduating from Coronado High School.

“I started a company called Waiters to Go, which is a restaurant delivery business in Coronado. I think it's still there, actually. That was my first business,” said DeMichele. “For a 17-year-old, it was successful.”

“Unless you're going to be a doctor or a lawyer or something that's very specialized, I think (a college education) is sort of overrated for the general education degrees,” said DeMichele, who learned to be a successful Internet marketer through his own “trial and error, and some big successes and some big failures.”

DeMichele's big breakthrough came in the mid-2000s, when he started eVisibility.com. The company became one of the largest digital marketing agencies in the United States.

“We were Inc. Magazine's fastest-growing agency in 2010 and we sold that to a big French spinoff called LSF (lsfinteractive.fr) and then started Incubate after that,” DeMichele said.

“We just didn't like the idea of just a big, general agency doing many things. So, those individual companies -- while under the same umbrella -- each has their own hyperspecialized, very focused team that are exceptional at each of the services that they do,” DeMichele said. “We really are trying to focus in on the health care sector just because how big it is in San Diego. We have some very unique talent and specialties within health care, and so that's something that we're really trying to focus on.”

DeMichele cited DJO Global, a provider of medical devices and services, and Shire Pharmaceuticals among the clients Incubate is helping to reach their respective client bases more efficiently. But Incubate's sphere of influence is expanding beyond health care, as well.

“We have a lot of people coming to us for our advice. We'll help people launch new businesses that we'll be a part of, so we probably have equity in about 15 different online companies,” DeMichele said.

Clearly, Danny DeMichele has achieved success as a result of his entrepreneurial spirit, foresight, innovation and creativity. That success appears destined to continue.

“We've grown it 3,000 percent from 2011 and we think we'll continue on a very aggressive growth curve over the next few years,” DeMichele said.