From runaway to entrepreneur 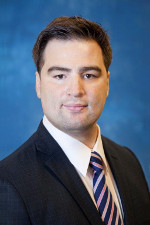 Alex Martinez, founder of mortgage consultancy Warisan Advisors, was only 14 when he left home to strike out on his own, which meant not finishing high school or going to college.

Although he lacks a formal education, self-education has always been one of his chief avocations -- and something he hopes to instill among his clients, as well.

"Some firms put an emphasis on sell-sell-sell," he said. "But a mortgage [company] shouldn't be all about sales. It should be about education – providing people with enough information to make decisions on their own."

Since its founding in 2012, Warisan has earned a five-star listing from San Diego Magazine and Martinez has earned testimonials from dozens of clients, especially for the personal attention they get.

"Alex was very helpful with my home loan," said Kathy Macconaghy, a teacher at the Lakeside Union School District. "I appreciate the extra efforts of picking up documentation at my work site."

Martinez, 32, said his up-by-the-bootstraps background pushes him to work harder than his peers.

Martinez started working at a young age. After repeated clashes with his parents, Martinez ran away in ninth grade, moving from one friend's house to another as he unsuccessfully tried to keep up with his studies. For the next several years, he says, "I was in survival mode."

Martinez has since patched things up with his parents. "Now that I'm a parent, I can look back and appreciate some things they did," he said.

But at the time, he had to learn how to earn enough money to support himself, first as an under-age construction worker and then as a busboy, waiter and -- at age 21 -- bartender, where he built a reputation for offering a friendly ear and above-and-beyond service.

"The first time people come to a restaurant, it's for the food, but if they come back, it's for the service," he said. "That's true in the mortgage industry, as well."

Martinez entered the industry in 2002, when the now-defunct American Mortgage Express hired him to scan loan documents into a computer.

"They created a job below the bottom of the totem pole and gave it to me," he said. "I had to work my way up just to get to the front desk."

Over the next eight years, Martinez rose through the ranks until he became a licensed mortgage originator, handling business development at the local offices of lending giant CMG Mortgage. He had taught himself about the job by reading up on loan guidelines and mortgage securities.

He says his studies into how the industry was changing helped him survive the financial crash in 2008. "Many people couldn't adapt to the changes and are now out of the business," he said.

In 2011, Martinez launched Warisan, which manages the mortgage clients of loan originators who are going through retirement or other transitions in their work lives.

Besides running the company and spending time with his wife and three sons -- "the center of my universe" -- Martinez is involved in a number of local charities, including the Children’s Heart Foundation, Muscular Dystrophy Association and Boys and Girls Clubs.

"When I talk at the Boys and Girls Clubs, I stress to them how it's not important how life starts out for you," he said. "It's more important how you finish it."