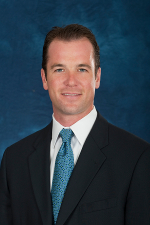 Tony Russell, a JLL executive vice president, has led the way during his 13 years as a commercial real estate broker in San Diego County.

Russell, who was nominated as a Young Influential by Jay Alexander, a JLL managing director, has handled more than 6 million square feet of (primarily office) lease and sales transactions with a value exceeding $1.2 billion.

"My goal is to work with my landlord clients so they can reposition their properties to drive rent increases," Russell said. "I'm just trying to be a better broker."

Russell, who said the market definitely seems to be improving, has represented some of the nation's most prominent landlords including Arden/GE, Blackstone, Black Rock, Prudential, Union Investment and TIAA CREF.

Some of the properties Russell has been representing include The Aventine in University City, the South Bay Corporate Center in National City, Sorrento Towers North & South in Sorrento Mesa and Paseo del Mar in Del Mar Heights.

"My goal is to become the top broker, working with the top owners," Russell said.

Russell is a member of JLL’s nine-person, landlord representation team.

Along with representing landlords in the repositioning of assets in order to fill space, Russell handled pre-leasing for ground-up office developments. While virtually all of these have been build-to-suit office properties such as LPL Financial in University Towne Centre area, Russell hopes to be filling up speculative buildings as well.

Russell, who had some architectural training at Arizona State University, has tried to approach spaces with an eye towards design, as well as function.

"He distinguishes himself from his competitors by helping to reposition assets – often high-profile, Class A office properties --not just through marketing assets but also through design," said Alexander in his assessment of Russell. "Having studied architecture at a university, he brings a unique perspective to help his clients and their architect teams understand and communicate about what changes will appeal to prospective tenants and suit the properties. "

Russell came to JLL four years ago to help build the firm’s landlord representation team. In 2010, he served as president of Society of Industrial and Office Realtors San Diego and has served in other capacities on the board ever since. He serves on the board of directors for NAIOP and co-leads the programs committee, which produces events to educate and challenge commercial real estate professionals. He is also past president of Developing Leaders, NAIOP’s young professionals group.

Russell was also part of the committee that produced NAIOP’s Suitcase Party, which raised more than $250,000 for the MARSOC Foundation to assist active duty or medically retired Marines and sailors as well as families of those who have lost their lives.