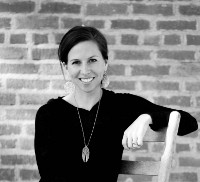 The beverage industry and, more specifically, alcohol markets are notoriously saturated and have high barriers for new product entry, even for the big timers like Heineken, Miller and Anheuser-Bush. That didn’t faze Jayla Siciliano, who saw a market for a premium wine spritzer, quit her product development job at Burton, cashed in her 401k and set out to bring to market a healthier option for the casual wine drinker.

Roughly two years after Bon Affair’s formation, Siciliano has two varieties of the spritzer on shelves.

“Bon Affair is a premium wine spritzer with real California wine, pure sparkling water, and we added some electrolytes to it, because why not?” Siciliano said. “There’s zero sugar and no other fake stuff added -- we’re literally taking an old-school wine spritzer and making it healthier and more premium.”

The $14 bottles come in either a sauvignon blanc or more surprising Syrah variety, and Siciliano said Bon Affair is planning to roll out a chardonnay this summer. In addition to Whole Foods and Albertsons, the beverages are sold at Waters Fine Foods San Diego, Seaside Market in Cardiff-by-the-Sea, and Nordstrom Café Fashion Valley. Bon Affair is expanding into other Nordstroms, with an eye toward additional non-traditional premium accounts, like Lifetime Fitness café and specialty and natural grocery chains.

Siciliano got the idea for Bon Affair while working in shoe and bag design and development, first at Diesel and then at Burton, where she said many work functions involved alcohol.

“Everything revolves around alcohol, and I’m not a big beer drinker but I love wine,” she said. “But I used to teach kickboxing … and couldn’t balance going to these work events with three glasses of wine, and then teaching kickboxing in the morning.”

Siciliano said people can sip Bon Affair spritzers during these functions to feel like they’re participating, but can still wake up feeling good.

“I started looking at the market and realized there was no premium version of lighter wine, which is what sparked the idea.”

After using up all her savings and 401k plan, Siciliano turned to family and friends to raise initial capital in an industry that necessitates high input for licensing alone. After using this startup fund to finish product development and create a sample round of 500 bottles to show possible investors, Siciliano was able to close $500,000 worth of angel investments in 2012 -- the initial investor was the former CEO of Wendy’s.

After a snafu with production and licensing issues resulted in $100,000 of lost inventory and then another round from investors, Bon Affair officially launched in August 2013.

Siciliano, who has an MBA from the University of San Diego, said that she’s found San Diego to be a great environment to start a business in, that the challenges she’s faced have more to do with her lack of experience in this industry than age or gender.

“I would say the bigger challenge versus gender has just been that it’s my first business, and I don’t have a track record as an entrepreneur,” she said. “Plus, this is in a completely new and different industry than before, so those were two of the biggest challenges.”

Since she’s the only one working full-time on the Bon Affair product, Siciliano said things are busy, to say the least -- though she has plans to add employees, eventually.

“The words I live by are patience and persistence,” Siciliano said. “I think it’s a fine balance between stuff doesn’t happen overnight, but you have to be persistent in making things happen but be patient. You can’t necessarily force things -- patience and persistence and staying focused are things that still apply, that I’ve been living by these years.”