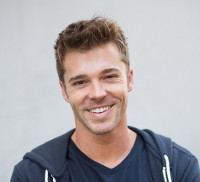 They’ve since landed an exclusive deal with Keller Williams to create and manage their online job lead board called REDcareers, and created a customizable website application called WingWire, used by hundreds of brokerages nationwide.

Wright Brothers Inc. has a big new downtown office on the 28th floor of Symphony Towers, which the company will show off with an open house on, appropriately enough, March 28. For CEO Casey Wright, now age 32, the open house is a chance to celebrate how far the Web services firm has come.

“The space is probably bigger than what we need,” he said, explaining that the office suite is intended as a think tank, where thought leaders can gather to collaborate.

Wright is an active member of the San Diego chapter of The Entrepreneurs’ Organization, a monthly gathering of about a dozen local business owners. The comradeship has been invaluable, he said.

He’s also active on social media, sharing his professional insights on Twitter with his more than 100,000 followers.

Wright Brothers has six in-house employees, another six who work remotely throughout the country, and a couple of outside sales representatives, Wright said.

Wright said he hopes to make Wright Brothers’ products more accessible on mobile devices, and also expand its product offering across other verticals.

“I think we’ll take on more and more ambitious projects,” he said.

Wright Brothers also aspires to be more philanthropic as the company approaches its decade mark, with newly implemented “Thankful Thursdays.” Employees are encouraged to pick one Thursday a month to volunteer. Recent beneficiaries have included the Urban Street Angels, which helps homeless youth, and the Baja Dog Rescue.

“We want to pick a way to give back and let it grow from there,” Wright said.