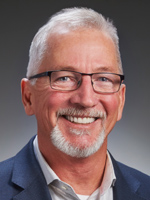 Normally the only time Walt Fegley feels the blues is when he's playing blues guitar. But it has been a different story over the past three to four years; most contractors have been playing the blues.

"From 2005 to 2008, we did about three-quarter-billion dollars' worth of work, and then the bottom fell out of the market," said Fegley, who has worked with founder Matt Reno since 1989. "Institutional banks went out of business. Everything just shut down. We all saw it coming but I don't believe anyone thought it was going to go as quickly and as completely as it did."

But Fegley rallied his staff and explored the best path to stability in an evolving market. Some public works, military and energy-audit projects helped along the way, but the firm regained its footing in 2010 when it launched Reno Efficient Sustainable Practices.

"The biggest thing that came out of ESP was solar," Fegley said. "At the time, most solar work was being done by electrical contractors acting as general contractors. We were convinced this could be a new market for us. We met with SunEdison about three years ago and told them what we did. They hired us for a canopy and roof top photovoltaic system at Cal Poly Pomona, which turned out to be a very successful project."

Additional solar assignments followed from Borrego Solar and SunPower, including substantial ground mount projects such as Edwards Air Force Base. "Completed projects so far generate a total of 30 megawatts; this is about nine to 10 acres of solar per megawatt and equivalent to taking 3,000 cars off the road for a year." Fegley said. 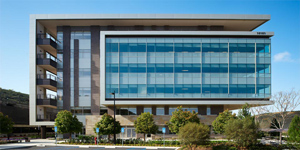 "One-third of our annual revenue the past three years has been in solar, and we hope to continue to grow it," he said. "It's actually a really good market for us."

With 59 salaried employees, Fegley is proud of his staff's achievements. They have earned more than 100 awards, including four last year from the Association of General Contractors (AGC) San Diego. "I was delighted when we received the award for our high level of business ethics and above-the-norm support for the AGC, the community and the industry," said Fegley, AGC San Diego's new senior vice president. He will be chapter president in 2015. 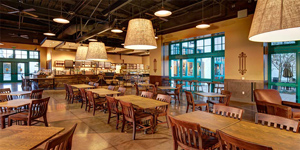 "I think we have a reputation of being good builders. A straight-shooting group of people," he said. "We're very transparent, real meat and potatoes. We really like to build. We try to have a good time. To a person, everyone here is doing everything they can to try to satisfy the owner's needs.

"I've done all the hiring the last 10 or 11 years, and we really have a group of people that are awesome. What I am most proud of is the character of our people. You would expect them to be technically adept and talented with construction, and they are. But on top of that you get people you would like to do business with, who feel like they're taking care of you, and they are. A lot of people at Reno have become really close friends as well. I feel really blessed to be in the position I'm in."