A partnership of Dallas-based Lincoln Property Co. has paid $9.5 million for the 106,311-square-foot Camino Industrial Center building at 2270 Camino Vida Roble in Carlsbad.

The seller was an entity controlled by the Gilbert J. Martin Foundation. Aric Starck, of Cassidy Turley, represented both the buyer and seller in the transaction.

The buyer took out a $7.2 million Independent Bank loan to purchase the property.

The building on 6.34 acres is reportedly 85 percent leased to 17 tenants that include Commercial Part Distributors, SpeedPress Sign Supplies, Fastenal, Premier Garage and Tropical Exotic Hardwoods of North America, according to The CoStar Group.

The building was in foreclosure in 1990. The Gilbert J.Martin Foundation, which said "it was a mess inside" after the purchase, bought the building for $9 million in 2004.

The property is in a biomedical and R&D area, one block from Palomar Airport, and the Olympic Resort and Golf facility. Carlsbad's industrial market has tightened since the recession's end, when vacancy numbers were in the teens.

While first quarter statistics weren't yet available, a Colliers International report said the year-end 2013 industrial vacancy was 11.37 percent in Carlsbad and heading lower. 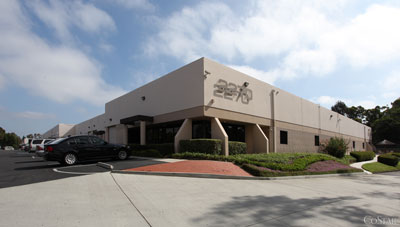 “We are pleased to have completed the purchase of such a well located and high quality industrial building in Carlsbad with a diverse tenant base,” said Brig Black, Lincoln Property senior vice president for Southern California in a statement. “We intend to upgrade the project’s landscaping and signage program over the next few months.”

At the end of 2012 Lincoln Property Co. paid $14.1 million for the 97,000-square-foot Cornerstone Heights Corporate Center in Sorrento Mesa.

CoStar (Nasdaq: CSGP) reported the 47,000-square-foot building at 5959 Cornerstone Court West was 18.4 percent vacant at the time of its survey.

In February 2013, Lincoln Property paid $6.5 million for a 28,032-square-foot building at 9425 Chesapeake Drive in Kearny Mesa. That building is fully leased, according to CoStar.

At the same time, Lincoln Property paid $3 million for a 22,210-square-foot flex/R&D building at 9475 Chesapeake Drive; that property is said to be fully leased.

Lincoln Property, which teamed up with Angelo Gordon & Co. to buy the 359,218-square-foot 600 B Street property for $49 million in late 2012, has had trouble keeping that property full since the city of San Diego vacated 139,000 square feet in May of last year.

The city plans to vacate another 14,540 square feet at the end of August. The 600 B St. property had been taken back by the bank in December 2011 after Legacy Partners defaulted on a $74.06 million note.

The building was constructed in 1974. The property is currently 46.8 percent occupied with 255,323 square feet available for lease, as of a survey taken by CoStar within the past month.