By Tony Lovitt, Special to The Daily Transcript
Tuesday, April 29, 2014

History credits Gilbert Laing Meason with coining the term "landscape architecture" in 1828, and Frederick Law Olmsted, 35 years later, as the first to use “landscape architect” as a professional title. Difficult to describe by some and mistakenly pigeonholed by others, landscape architecture is a multidisciplinary profession and the work of its practitioners has an indelible effect on public spaces, worldwide.

“Just as an architect designs the exterior and the interior of a building, pretty much all those spaces that are left over on the outside of the building are things that landscape architects will either plan or design,” said Michael Singleton, a principal in the San Diego landscape architecture firm, KTU+A.

The role of a landscape architect in the planning and design of public spaces and environments transcend aesthetics and plant material, and also take into consideration functionality, usability, environmental impact, sustainability and safety, according to Singleton. 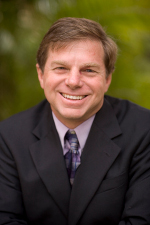 Among his many marquee projects at KTU+A, Singleton was instrumental in the conversion of NAS Miramar to MCAS Miramar, a nearly $2 billion project.

Singleton is particularly passionate about a concept he refers to as “complete streets” -- how streets are actually used and ways that landscape architects and planners can help influence the way streets are designed, as well as their function.

"A street has so many different functions to it and, in the past, it's always been focused on just getting cars through at the highest rate of speed or the highest volume. Both the national and state legislation and grassroots efforts here in San Diego have really changed that discussion a lot to be able recognize the many roles that a street actually plays.”

Conservation of natural resources and environmental protection are also among the critical concerns of landscape architects.

“A big trend right now in San Diego is looking at ways to conserve water and keep runoff onsite,” said Leigh Kyle, a principal of Spurlock Poirier, which is now working on the new North Embarcadero project at the foot of Broadway. “A lot of the projects that we are working on now are looking for a kind of creative, holistic approach to site design that incorporates storm water retention strategies and drainage strategies.” 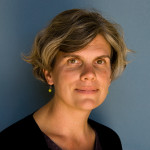 Kyle cited UC San Diego's new Charles Keeling student housing project as an example of landscape architecture that incorporates aesthetics with paradigms for energy and water efficiency. Spurlock Poirier did site planning, open-space programming and design for the project. It captures 100 percent of roof- and site-area rainfall in an elegant system of vegetated roofs, downspouts, channels and bioswales, which are creatively integrated with outdoor recreation and gathering spaces.

“The landscape basically unfolds a story and it creates an incredible opportunity for people to gather and, more importantly, to activate the outside spaces in a meaningful way,” said Ray Varela, a design principal with Carrier Johnson + Culture. Varela said Carrier Johnson is working on the design of kiosks that will be part of the restoration and expansion of Horton Plaza park, at Fourth and Broadway. The principal landscape architecture firm on the $8.5 million project is Walker Macy of Portland, Ore. 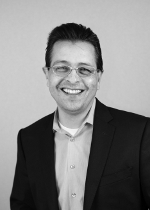 “We have a hand in that (project) with Walker Macy, and that is an incredibly important place in the city as people gather in a very public space,” Varela said. “It's a public hub and it's very unusual because it's next to Horton Plaza, one of the most key buildings in San Diego. I think it's going to be incredibly successful and very much used just because of where it is, and the history behind it is incredibly important.”

Whether they're trying to improve the functionality of urban streets, designing environmentally friendly outdoor gathering places or creating a convivial public plaza, landscape architects are constantly expanding the definition of their profession.

“There's so many limitations we have (in terms) of spaces -- whether they're urban spaces or open spaces, recreation spaces, natural spaces or whatever it is -- it's a finite supply that we have,” Singleton said. “So, every time you use a space, it needs to have multiple benefits. That's one of the things that our profession tries to do, to look comprehensively at spaces.”