Esquire columnist Ken Kurson wrote in the magazine’s June/July issue that aircraft manufacturers Boeing and Airbus Group could be smart investments following the business rally seen in their major U.S. airline customers. We asked two local financial advisers and a finance academic if they agreed.

It’s difficult for me to make blanket recommendations on whether something is a “buy” or “sell” because as a financial adviser, I represent investors of all different ages with different tolerances for risk. A good investment for one person might be a terrible recommendation to another.

That said, I do have some thoughts on the merits of the investments in question in a general sense. First, I agree with the approach the article takes. That is, to gain access to a particular industry you think is attractive, without directly taking on the risks of that industry is a popular investing strategy. In this case, it’s to not buy an airline stock, but rather the company that makes the planes. In technology, many people will look to gain access to the smartphone boom, not by buying Samsung and Apple, but by investing in the companies that make touch screen technology.

I also agree with the article in terms of Boeing being a solid company. Boeing is very financially sound, pays a decent dividend in the low 2 percent range, and is absolutely dominant in its industry. However, as an investment I think the attraction of Boeing is due to its own merits, rather than to the rebound in airline stocks. Remember, airlines can always turn the other way with the numerous risks that plague that industry (fuel price fluctuation, government regulation, incredibly high cost of business, safety concerns, etc). Certainly, a turnaround in airline profitability would impact Boeing and Airbus, but it would not change the fact that those companies are pretty much the only providers of the aircraft involved. Planes will still need to be built, upgraded and replaced.

Since the airline stocks have been on a tear recently, business for Boeing has been good as well. A look into what Boeing has done in these flush times is a good indicator of company stability. 1) They’ve paid down their debt to the lowest levels in many years; 2) They’ve recently increased their dividend by 50 percent; 3) They’ve recently repurchased $2.5 billion of common stock. All of these things are very, very positive actions of any investment.

One important thing to keep in mind, however, is to continue to compare a company’s fundamentals with its current market valuation. Stocks have enjoyed a very solid and aggressive run up in recent years, leaving the valuation of the stock market in question to many. Boeing is no exception, as it currently trades at more than 20 times earnings estimates (per share). This is higher than average, for Boeing and the market as a whole.

In any event, with any stock, know what you are buying and know that past performance is not an indicator of future results. 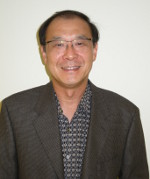 My response to this question will be a typical academic one, that is, a boring one.

This is essentially a question of whether or not the Boeing stock is undervalued. In order for me to provide any meaningful insight into this valuation issue, I have to first perform quite of bit of analyses on the fundamental factors affecting Boeing (dubbed “fundamental analyses”). They include forecasting future revenues, costs, profits, and eventually free cash flows or cash flows that matter in terms of Boeing equity value. Then I will have to discount all these future free cash flows to come up with a present value, and so on. If this value is larger than the current, market equity value of Boeing (i.e. Boeing share price), then the share is undervalued, thus a buy recommendation is possible.

One can add a sort of trend analyses, called “technical analyses,” to these fundamental analyses, by looking at the past price movement (as the Esquire author did), past trading volume, etc.

Yes, it is true that increased stability and profitability of the airline industry is good news for Boeing, as it translates into a significant demand for airplanes. Yes, the entry barrier is so high that the current two manufacturer system (Boeing and Airbus) has been going on for a while and will most likely continue in the foreseeable future. Yes, an increase in overall global demand for air travel is a boon for Boeing.

But a fundamentally more important issue is that all these pieces of information are common knowledge, or in the “public information set.” In other words, many people including analysts, fund managers, industry experts and the readers of this article already know these facts. These are not proprietary knowledge or superior information. People will disagree as to how informationally efficient the financial market is given the two recent financial crises on a global scale; however, the financial market is still reasonably efficient enough to quickly incorporate aforementioned information regarding Boeing stock. This means that most likely the Boeing stock price already reflects such information.

Buying Boeing stocks now might turn out to be a profitable strategy. Who knows? Some of the author’s arguments are not without merits. It is just that I cannot bet my money on it! 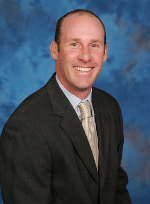 There is no doubt Boeing is a world-class company and all of the trends mentioned in Mr. Kurson’s article are legitimate. What isn't mentioned, however, is how high the company's fixed costs are and, therefore, how cyclical the company's fortunes can be in any given year.

Throughout history, Boeing has been extremely successful, but their success depends on a fairly small group of buyers for their planes. Demand for their product can deteriorate rapidly at any time as it did in 1998, 2003 and 2009. Demand drops off for a number of potential reasons including, but not limited to, economic downturns, rapidly escalating fuel costs, regulatory decisions, economic and/or political issues impacting foreign buyers, the financial health of the domestic airline industry, the cost of financing large purchases, the average age of airline fleets, etc. In the best of times, Boeing’s revenue soars, its net profit margin (the amount of money left over after covering all costs) reaches highs of 5 to 6 percent of revenue, and earnings are sky high.

In the worst of times, however, the company’s extremely high fixed costs can cause small revenue declines to result in disproportionately large declines in profits, or earnings per share. During tough times Boeing’s net profit margin can decline from their peak level of 5-6 percent of revenue all the way to trough levels of 1.5-2 percent of revenue. Earnings per share during these downturns have declined 75 percent on average on only modest declines in revenue. As investor excitement turns to fear amidst such a substantial drop in earnings, Boeing’s stock price has declined anywhere from 40 to 65 percent, which has been twice as much, on average, as the S&P 500 over the same time period.

Boeing is a great company and benefits from all of the trends mentioned by Mr. Kurson. However, by failing to address the extremely cyclical nature of Boeing’s business, he failed to provide a true understanding of how volatile the stock can be.

Investors should be thoughtful about the timing of their investment in Boeing and keep an eye on future industry trends. As Mr. Kurson points out, recent trends have been positive with revenue and profits growing rapidly of late. If everything in the airline industry and the geopolitical environment remain supportive of industry trends, we believe Boeing shares could appreciate as much as 40 percent. We agree with Mr. Kurson in this regard.

However, if there is a temporary cyclical downturn for the industry, for the economy, or both, then we estimate Boeing’s net profit margin can drop back down to 2 percent (from 5 percent today), earnings may decline as much as 75 percent, and shares of Boeing could drop well in excess of 60 percent from their current price. Our preference would be to buy shares of Boeing amidst a cyclical downturn when the company’s earnings and profit margins are depressed. This is when an investment in Boeing usually offers the best combination of substantial appreciation potential and the low risk of loss.