It is a prevailing myth among employers of non-unionized workforces that the National Labor Relations Board ("NLRB") is an administrative body in the foggy distance that has no relevant existence with respect to their businesses, and how they run them. The increasingly clear reality is, however, that the NLRB has a broad reach under Section 7 of the National Labor Relations Act ("NLRA"), which protects the rights of two or more employees to engage in "concerted activities for the purposes of collective bargaining or other mutual aid or protection."

All employers (regardless of whether their workforce is unionized) should be aware of what this means for them, particularly with respect to matters of "confidentiality" in the context of workplace investigations. The NLRB's Banner Estrella Med. Ctr. ("Banner") decision is a perfect example of how the NLRB can turn on its head, in one sweeping decision, a theretofore best practice among employers surrounding the confidentiality of workplace investigations. Although the Banner decision has been invalidated following the United States Supreme Court's decision in NLRB v. Noel Canning, it is still appropriate guidance for all employers, as the proverbial "writing on the wall."

Implications of the Banner decision: 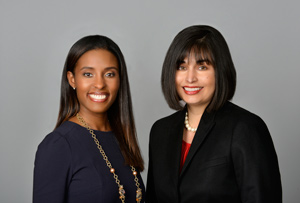 Banner involved an employer's routine admonition to employees who made workplace complaints, "not to discuss the matter with their coworkers while the [company's] investigation was ongoing." The NLRB reversed the decision of the Administrative Law Judge in favor of the company, and held, "the Respondent's generalized concern with protecting the integrity of its investigations is insufficient to outweigh employees' Section 7 rights." The NLRB further held that prior to admonishing employees regarding confidentiality of workplace investigations the employer must determine whether: (1) witnesses need protection, (2) evidence was in danger of destruction, (3) evidence was in danger of being fabricated, or (4) there was a need to prevent cover up. Essentially, Banner required employers to determine how to protect the integrity of ongoing investigations without the benefit of blanket confidentiality of the investigations' participants, their employees.

Reprieve for employers via NLRB v. Noel Canning? Likely not.

Employers took a collective sigh of relief when the Supreme Court decided NLRB v. Noel Canning. The Court held that President Obama's appointments to the NLRB during a brief three-day Senate "recess" was unconstitutional. The ruling invalidated all NLRB decisions spanning the period January 3, 2012 through August 4, 2014 because the NLRB did not have a quorum to decide those cases absent the unconstitutionally appointed Board members. Among the cases invalidated was the Banner case, decided on July 30, 2012. On August 1, 2014, the D.C. Circuit Court of Appeals issued an order vacating and remanding Banner, citing NLRB v. Noel Canning. While, at first blush, Noel Canning may seem to be a claw-back of employers' rights to demand confidentiality from their employers in connection with workplace investigations, any such "victory" likely is short-lived. In 2010, the Supreme Court invalidated hundreds of NLRB decisions only for the NLRB to later summarily adopt those same decisions when it had the opportunity. Banner may very well be revived under a similar process.

• The NLRB applies to all employers with at least two employees, and with an increasingly broad body of case law that seeks to expand the meaning of "concerted activities," such employees are protected by Section 7 of the NLRA.

• Avoid the temptation to disregard the holding in Banner – it likely will be summarily adopted by the NLRB in the near future. In the interim, employers should take the approach of advising employees that they should take care to use their best judgment with respect to ongoing investigations, so as not to jeopardize or interfere with the integrity thereof.