From idea to reality:

How to achieve a zero net energy building 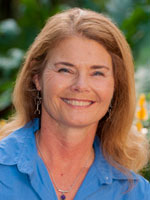 There is a lot of buzz about Zero Net Energy buildings and a lot of confusion. How low can the energy use of a comfortable building go? What strategies are most important and how do they interact? What do they cost? How do you measure it?

High performance buildings are more comfortable, cost less to operate, and are poised to maintain a greater asset value. The path to high performance and to Zero Net Energy is the same: the difference is in how far down the path you go. Zero Net Energy is achieved when a project’s annual energy consumption is less than its renewable energy production. This article, the first of three, will focus on a case study for new construction.

The first step begins with a goal and is supported by predictive energy modeling early in the design process. While Brummitt Energy has been hired to do modeling triage late in design and even during construction, the cost savings and design options are greatest early in design. Early modeling is the path to a better building, lower construction costs, and less stress!

The Ocean Discovery Institute Living Lab demonstrates how early modeling benefits a project. Ocean Discovery was founded in 1999 to leverage San Diego’s vibrant coastal resources as a tool for teaching underserved young people about science and conservation. The future home of Ocean Discovery, the Living Lab is a two-story, 12,000-square-foot building in City Heights. Ocean Discovery was interested in Zero Net Energy goals but didn’t know what it would take or how much it would cost, and they wanted to learn if it could fit within the budget and schedule. 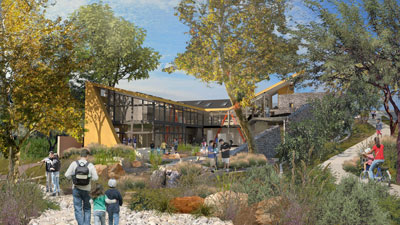 Early in design, Brummitt Energy provided an Energy Performance Options Analysis for the entire project team. This gave substance to an iterative process to find the best solution. The analysis evaluated the impact of several dozen design and construction options, quantifying how much or how little difference they made, and showing how they interacted. How far could energy consumption be reduced? How much renewable energy could be generated on site? Charts and illustrations helped everyone understand the energy story.

Large expanses of glazing facing a courtyard created a delightful indoor/outdoor feeling; daylight modeling helped to reduce glare and cooling loads and also quantified how many hours per year the lights could be turned off. A key question was whether air conditioning should be installed. Using thermal comfort modeling, we identified strategies that kept the spaces passively comfortable without installing a cooling system: this greatly reduced both the first costs and operating costs for the prospective building. To evaluate the site’s renewable energy potential, several systems locations and technologies were analyzed. Depending on which PV modules are finally chosen, the project is expected to achieve or be near Zero Net Energy. Cutting energy use in half while maintaining comfort is a significant accomplishment, and it was achieved within the project’s budget and schedule.

The innovative and engaging project was designed by architect, Rob Wellington Quigley, FAIA. "Having the owners on board to make the project exemplify sustainability shows that designing green is having a positive impact on our community," according to Quigley. The use of energy and light are embedded in his design philosophy, and he took advantage of the modeling expertise of Brummitt Energy to further tune the strategies and to quantify performance.

"We supplied two years’ of onsite weather data to the Brummitt team, which helped to determine if passive cooling was feasible," said Ocean Discovery Executive Director Shara Fisler. "Wind-flow, the amount of thermal mass, internal loads, and average air temperatures were all evaluated. Getting an energy consultant on board early in the process was a key in trying to reach our Zero Net Energy goals."

Will the Living Lab perform according to its intended energy design? We have written a plan to help verify its energy performance during the first year of operations. It is on its way to joining San Diego’s other successful Zero Net Energy projects!

Beth Brummitt is the President of Brummitt Energy Associates, an energy modeling firm specializing in high-performance buildings of all occupancy types. She has over 25 years of experience in energy performance modeling, and was Founding Chair of the San Diego Green Building Council. She will be speaking on Zero Net Energy Buildings at UCSDnEXT on September 11, 2015. www.brummitt.com.