By TONY LOVITT, Special to The Daily Transcript
Wednesday, November 12, 2014 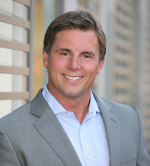 Ever since he discovered his passion for the construction industry as a college student in the late 1980s, Jamie Awford has built his reputation on overcoming tough challenges, problem-solving, and making difficult decisions to ensure the success of his clients and the many marquee projects on which he has worked on up and down the West Coast.

Now a principal in the San Diego office of BNBuilders, which specializes in construction for the life science and health care industries, Awford got his start in the business working on the design portion of the Downtown Seattle Transit Tunnel project.

“I guess I didn't realize how much goes into getting a project ready for construction,” Awford said. “You know, it's the architecture, it's the engineering, it's all the planning that's required. There's a lot of technical skills that are required before a project gets to construction. I really got hooked by all the decisions that had to be made before you go start a construction project. That's what really kind of launched me into the industry.”

After working for a regional construction management firm in the Pacific Northwest, Awford graduated to what he termed the “big leagues” of the construction industry, joining Gilbane Building Company, a nationwide construction giant.

“It's just taken off since then,” said Awford, who worked for Gilbane in San Francisco before being permanently relocated to Arizona to open the company's office in Phoenix.

A native of Glendale, Awford came to San Diego in 2002 and worked for Turner Construction, most notably on the recent expansion of Terminal 2 at San Diego International Airport.

“I was the general manager and was able to lead that pursuit and lead the preconstruction effort for the first design-build project of that size and magnitude in San Diego,” Awford said. “There was a healthy amount of work that had to be done during the contract negotiations. There was a one-of-a-kind contract that needed to be negotiated. There was an extensive co-located team with both the airport, the designer and the contractor. So being part of that whole process and helping bring that team together was an integrated approach.

"And that was such a great experience because I think San Diego really needed it. It really put San Diego on the map for doing a very progressive delivery of a project. It ended up being a LEED Platinum facility and it was just an exciting opportunity in my career.”

Awford joined the San Diego office of BNBuilders in January 2014. The company also has offices in San Francisco and Seattle, where it was founded in 2000.

“The three different offices are strategically located to help service the life science industry, health care and commercial clients that go up and down the West Coast. There was a strategy to that, by design, as I like to say,” Awford said. “(BNBuilders) is a very entrepreneurial company. It is a group of individuals that have all worked for larger companies, like myself. I like to say that we're a blended family. But we come with that experience of working in the corporate world on big, large projects. But was have a lot more autonomy and flexibility on how we can do work, which translates into lower overhead and better client service. And that's really what we're all about.”

In his role as principal at BNBuilders, Awford thrives on dealing with the aspects of the construction business -- and their inherent challenges -- that hooked him in the first place.

“I really like doing the up-front preconstruction and design management and helping owners figure out how to get to construction. A lot of the things that we do are really predicated by what happens in the planning phase. So helping with cost management, really doing target-value design, helping figure out the optimum sequence for construction scheduling and really helping them maximize their budget, that's really the art of being a contractor,” Awford said. “So, that's the fun work. It's also some of the hardest (work) because you're faced with difficult decisions and you have to help clients understand how we're spending their money. And that relationship then usually turns into quite a positive relationship for the long term because of the way we do it, it's all open book.”

Like Awford, BNBuilders is known for doing technically challenging projects.

“We don't get the easy ones. We always get the ones that have a little bit of hair on them,” said Awford, who said that his firm is getting ready to kick off a large project for Illumina's headquarters in the UTC area. “A lot of the work we do is in occupied facilities, so we have to be very conscious of the sensitivity, especially if it's a laboratory, a hospital or an assisted-living complex. That's kind of what we're known for and that's what all of us get up for every morning is to help go solve those issues on those technically challenging projects.”

Getting up in the morning to take on technically challenging projects is a little easier when one is doing so in San Diego.

“It's God's country. It's one of the best places to live. I think the personal and professional balance in San Diego is unlike any other city,” said Awford, whose career path has caused him to live in many different places. “I'm still pretty active, especially living in San Diego -- a lot of water sports, being outside. I try to stay in shape and keep up with my kids.”

Overcoming tough challenges, problem-solving and making difficult decisions are not a problem for Awford. He's hooked on the construction industry and hooked on San Diego.

Nov. 5, 2014 -- Tony Lovitt speaks with BNBuilders Jamie Awford, a principal in the firm's San Diego office, about his company, its approach to new projects and what makes BNBuilders successful.

BNBuilders' Jamie Awford on changes in the building industry

June 11, 2014 -- George Chamberlin and Jamie Awford, a principal at BNBuilders, talk about how the building industry has changed over time, including new technologies and processes.