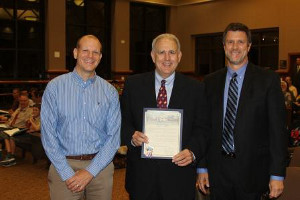 In 2013, manufacturers nationwide contributed $2.08 trillion to the economy; this was 12.5 percent of GDP. According to the National Association of Manufacturers, for every $1 spent in manufacturing, an additional $1.32 is added to the economy, the highest multiplier effect of any economic sector.

The average manufacturing worker in the United States earned $77,506 annually, including pay and benefits, compared to the average worker in all industries earned $62,546. The manufacturing industry is a critical component to Temecula's business ecosystem. In 2013, a total of 151 manufacturing companies employed more than 3,570 people, with a quarterly average payroll of around $46.3 million.

Temecula is proud to be home to a cluster of innovative high technology, life science and advanced manufacturing companies.

Some of these include:

Abbott Vascular, a division of Abbott (NYSE: ABT), is a global leader in cardiac and vascular care with market-leading products and an industry-leading pipeline. Abbott is committed to advancing patient care by transforming the treatment of vascular disease through medical device innovations, investments in research and development, and physician training and education.

Bomatic Inc. is a manufacturing company that produces high-quality plastic containers for companies. It relocated its headquarters to a 177,000-square-foot industrial storage and manufacturing facility in Temecula. According to Bomatic, the expansion will initially bring 35 jobs to the Temecula Valley with plans to grow to more than 100 employees over the next five years.

Iron Grip is the largest provider of commercial free-weight equipment worldwide and the only manufacturer with a line of exclusively American-made free weight equipment.

Genica Corporation is the world's leader in distribution and sales of excess and close-out computer hardware and consumer electronics. The company has been providing computer products and consumer electronics to millions of customers for more than 22 years. During this time, Genica Corp. continues to be recognized for its commitment to service, one of the company's founding and guiding principles.

EMD Millipore, a premier supplier of cutting-edge tools, technologies, and services for bioscience research and biopharmaceutical manufacturing across the globe. A recent expansion affords the organization nearly 150,000 square feet, spread across three buildings, that is dedicated to the development, manufacturing and distribution of biologics and chemicals which serves as a strategic partner for scientists, engineers and researchers.

International Rectifier is a world leader in advanced power management technology. Its products are relied on for computers, automobiles, appliances, computer electronics and defense systems around the world.

Tension Envelope is a leader in envelope and packaging solutions, selling directly to businesses and organizations nationwide, with sales and manufacturing facilities across the country and around the globe including Temecula.

Paulson Manufacturing provides protective equipment for various industries worldwide from the industrial to fire and rescue, tactical and ballistic verification testing, specializing in face protection. Its world headquarters and manufacturing facility is in Temecula.