Residents approve of quality of life in Temecula 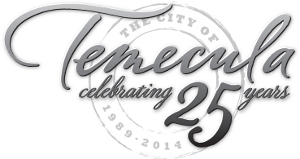 Earlier this year, a third-party survey research firm conducted a residents survey on behalf of the city of Temecula. The city proactively reaches out to residents in this way every two years to ensure it keeps current on understanding the community’s satisfaction, priorities and concerns regarding the services that the city provides.

When asked what residents most liked about living in Temecula, the most common response was the city’s small-town feel and community involvement among residents (mentioned by 29 percent of respondents), followed by a low crime rate (22 percent), cleanliness of the city (21 percent) and quality of education (10.6 percent). When asked what one change the city could make to improve the quality of life in Temecula, reducing traffic congestion was the most common response (20 percent), followed by improving/repairing roads (10 percent). It is also notable that one-quarter of the respondents said that either they could not think of anything to change (17 percent) or do not change anything (7.9 percent).

After measuring respondents’ perceptions about the quality of life in Temecula, what they like most about the city, and what they would like to see changed, the survey next turned to assessing their opinions about the city’s performance in providing various municipal services. Ninety-three percent indicated that they were satisfied with the city’s performance in providing municipal services. Despite traffic congestion remaining the No. 1 issue for residents, 65 percent indicated that they are generally satisfied with the city’s efforts to improve traffic circulation.

The city of Temecula prioritizes projects and programs with consideration of a variety of factors, including the preferences and needs of residents. The top priorities for future city spending: making infrastructure improvements to improve traffic circulation and providing incentives to attract new employers and jobs to the city.

Much of a city’s success is shaped by the quality of information that is exchanged, from the city to its residents and vice-versa. This study is just one example of Temecula’s efforts to enhance the information flow to the city to better understand residents’ concerns, perceptions and needs. Seventy-eight percent of residents reported being satisfied with the city’s efforts to communicate with them. The main source of information that residents learn about Temecula is tied among the city newsletter at 37 percent and the Internet in general (not city website) at 37 percent, city website at 24 percent, social media at 9 percent, fliers/brochures at 8 percent, emails at 6 percent and community events at 4 percent.

You can download the full report or watch a video presentation about the survey at: http://www.cityoftemecula.org/Temecula/Residents/Temecula2030/survey.htm.