By TONY LOVITT, Special to The Daily Transcript
Wednesday, December 10, 2014 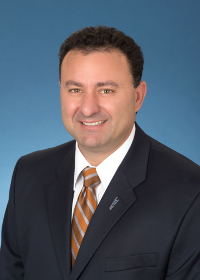 The multifamily segment of the commercial real estate market, seemingly recession-proof even during the economically troubled period of 2007-09, remains a bulwark for those investing in the San Diego market, according to Michael Kazemzadeh, senior vice president and regional manager for City National Bank.

Six of CNB's 76 offices are in San Diego County. The bank boasts $32 billion in total assets.

“As it pertains to apartments, you could argue that apartments really never went through the recession. It had a slight blip for about six to nine months where there was some disruption. But for the most part, that kind of stayed clear of the trouble and its values are trading at all-time highs,” Kazemzadeh said.

“Occupancy levels are for the most part, on average, at the 95 percent historical level or better in more desirable submarkets of San Diego, which is very similar to what you're seeing in other markets in California and larger cities throughout the United States.”

Kazemzadeh also said that senior housing has been an attractive option for investors and operators with knowledge of that aspect of the business, because it’s a marketplace that has not been oversupplied.

“I think also -- just in the performance of the apartments -- there's been a little swing in the pendulum, where the preference for home ownership is not as prevalent as it was before the recession, and I think that's been another benefit to the apartment segment,” Kazemzadeh said. “Not as many people are as adamant about owning a home as they were in the early 2000s.”

Kazemzadeh joined CNB in 2000 and oversees a small team of “relationship managers” (lending officers), underwriters and administrative personnel that is solely responsible for the San Diego and Orange County markets.

He said the bank uses a traditional mainstream construction lending platform and that CNB's preferred, per-deal range for loans is between $5 and $30 million.

In addition to providing new-construction or acquisition-bridge financing of multifamily and senior housing projects, CNB also provides home-builder finance for in-fill, for-sale housing projects, medical offices and some industrial projects, the latter primarily in the Inland Empire sector, he said.

The bank celebrated its 60th anniversary last January and has a diverse clientele.

“Our model is one that is heavily credit-based and one based on experience. It's a high-net-worth model. We do business with people who practice real estate development and investment as their primary trade. Most of our clients have been doing business for at least 20 years or more,” Kazemzadeh said. “Our size allows us to be a little more nimble and flexible. I think one thing that real estate professionals appreciate is that our headquarters are based here in Southern California, so we have a local decision-making process and that allows for us to service our clients quickly. We understand real estate in California, specifically Southern California.”

Kazemzadeh said that being a San Diego native gives him an advantage in the marketplace.

“Well, I think growing up in San Diego and the years that I lived down there -- the majority of my life, 38 years -- and then practicing within the industry, you really know all the areas and sub-markets,” Kazemzadeh said. “And then, on the bank's side, to be able to understand what the risks of any particular area are, which neighborhoods and markets are performing better. I think, clearly, the more time you have in a specific market, it can only help.”

Kazemzadeh said he derives great satisfaction from the knowledge that his commercial loans have helped to shape and benefit the community, directly or indirectly.

“It's the reason why I do business,” Kazemzadeh said. “It's a great feeling when you're able to drive down the freeway and you look on one side of the freeway or the other and you can recall back and say, ‘You know, back in the early 2000s, I financed that deal.' And so, my involvement within real estate is very satisfying in being able to contribute to the growth of San Diego and, in general, the marketplace.”