The noted author and poet Maya Angelou was referring to romantic relationships when she said, "Without mutual trust and respect, there can be no love," but the same can also be said of business relationships. Just ask Glenn Friedrich, Don Mitchell and Russ Sande, managing principals of the San Diego office of CRESA, the largest commercial real estate firm in North America solely dedicated to tenant representation.

"People select a service provider based on trust. And you maintain a relationship and that relationship grows as they get to know you, understand your integrity, your ethics and so forth and that they can rely on you, they count on you, they know the service that [they're] going to get and that's how you foster that relationship," said the Chicago-born Friedrich, who attended USC.

Seventy-five percent of the more than 200 corporate real estate decision makers interviewed for the most recent Watkins Survey (which every other year evaluates 23 corporate real estate service providers) said they would recommend (CRESA) to a peer. In comparison, only about 28 percent of those interviewed said they'd recommend the second-place firm. 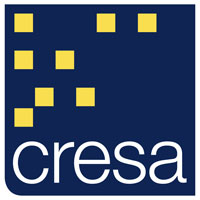 "Our national clients are represented here, but most of our clients are San Diego companies," Sande said. "(We handle) inbound business that comes in from other CRESA offices and we export business to them. It's a very sophisticated network. We're communicating daily. We're meeting twice a year with all of our counterparts, other principals from (CRESA) offices all over the country."

Sande, a native San Diegan whose career in commercial real estate spans more than four decades, began his career as a broker with Grubb & Ellis in 1975, shortly after graduating from San Diego State. Ten years later, he started The Sande Company, which became a highly respected, boutique tenant representation firm. He and Friedrich have worked together since 1987. 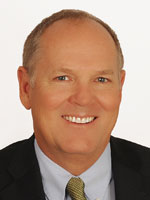 "We've been through a lot together," said Sande. "(Trust is) underlying everything for us, not just in terms of what we want to provide for our clients, but in terms of how we interface inside these walls."

The Orange County office of CRESA reached out to one of The Sande Company's advisers and inquired whether the firm had interest in joining a national platform, Friedrich said.

"They pursued us knowing that we had momentum and enjoyed a great reputation," Sande said. 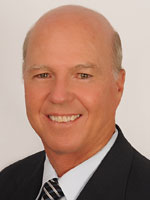 "And it seemed like a very good fit because their platform is tenant only, which was very important to us, but they have the infrastructure in North America and, really, at the time, globally, to represent a lot of corporate users," said Friedrich, who went to Boston with Sande to initially meet with CRESA principals.

"You know, if you deal with the Oracles and the BAEs and Medtronics, EMC ... companies like that ... you can't afford to go city to city to city and hire a broker for every assignment. They really need a firm that has the platform to handle whatever their portfolio is, if it's 5-, 10-, 15-million square feet, so they have a single point of contact with consistency as far as the process and documentation throughout the organization." 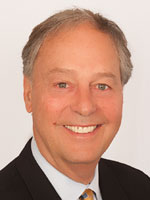 Mitchell, a native of Los Angeles who earned a business degree in real estate finance from San Diego State, had transacted with Friedrich and Sande long before he became the third member of CRESA San Diego's founding triumvirate in 2008.

"The Sande Company that became CRESA had a great reputation for being ethical, moral. [They] certainly looked after the tenant's best interests when I negotiated from the landlord's perspective with them," Mitchell said. "So, when I wanted to join a company where I could be on the tenant side and have some ownership, there was no doubt these were the guys I wanted to talk to. I really didn't even talk to anyone else."

The trio is a good team that complements each other well, Sande said.

"We work a lot together, especially on some of the more complex transactions. We don't see that very often (in the industry)," Sande said. "We are the most experienced team ... I think 97 years of collective experience (among us)."

Experience — especially having thorough knowledge of the industries represented by its diverse roster of clients and their needs — is one of CRESA San Diego's major competitive advantages.

"We have a process, too, on the front end, that helps analyze the tenants' needs, our clients' needs, so we can understand it," said Mitchell. "We have to make sure — if it's the first time we've represented this particular client — we need to delve into and understand all the nuances of that particular company."

"And you have to cultivate those relationships over periods of years, too," Sande said. "You're not going to see ads and TV spots and a big advertising budget here. We just like to let our performance do the talking, so it is primarily word-of-mouth [marketing] and that has worked for us for decades. It's just very gratifying when somebody feels good enough about you to refer you to somebody else that you've never met, that's got an active real estate requirement."

Fittingly, CRESA San Diego's motto is "Do the right thing."

"You just need to treat everybody well, Friedrich said. "This is an inherently adversarial business, but there's a way to do it where you're still respectful of everybody who's in the process and I think that's something that we're really focused on and that's the key differentiator for us."

Client retention has been a significant by-product of CRESA's operating principles, establishing mutual trust and respect.

"And, believe me, [our clients are] getting pinged on daily and everybody's the greatest negotiator and everybody has a process and so on and so forth," Friedrich said. "But once they have that level of trust and they know you're going to perform, it's very hard to pry it away."