We asked local financial advisers what investment sectors are growth sectors for 2015, and what sectors investors should avoid placing their money in this coming year. 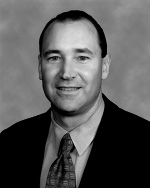 Growth sectors for 2015:
For 2015, we expect global GDP growth of 3.7 percent and U.S. growth of 2.8 percent. These forecasts support a generally favorable view toward risk-based investments such as global equities. Within equities we continue to favor U.S. large capitalization stocks.

The recent U.S. employment report showed the continued underlying strength of the U.S. economy. Within U.S. stocks, we are favoring the cyclically oriented sectors such as technology, industrials and consumer cyclicals. These sectors reflect our generally favorable view of the U.S. economy in 2015.

We see upside in the S&P 500 of approximately 10 percent from current levels, which is quite attractive when compared to many other investments.

We also find international developed equities such as in Europe and Asia attractive.

The thesis here is different from the United States. These markets are more contrarian investments. Equity valuations in these markets are inexpensive relative to historical measures as investors remain overly pessimistic. Many of these markets have lagged the U.S. over the past few years, and could play catch-up over the coming months and years.

For example, markets in the Eurozone are out of favor currently due to slowing economic growth, fears of deflation and worries of a potential Greek exit from the Eurozone. The European Central Bank is expected to institute additional quantitative easing in early 2015, which should help Eurozone equity markets and will demonstrate determination by policymakers to address these critical issues.

Sectors to avoid:
While we are generally optimistic about the equity markets, we would underweight a couple of sectors. One sector is utilities. This sector has performed quite well over the past year, but no longer offers attractive valuation from a price earnings perspective. We believe the Federal Reserve will raise interest rates later this year, and the dividend yield offered by utilities will begin to look less attractive in a higher interest rate environment. Earnings in the utility sector may also disappoint investors, so we remain underweight this sector.

We also continue to underweight U.S. investment grade and international developed-market bonds. For example, the bond markets in both the United States and Europe offer very unattractive yields. The U.S. 10-year note currently yields below 2 percent and the German 10-year bund is below 0.5 percent. These exceptionally low yields offer very little return potential and investors may be underestimating the potential for losses of principal value if current market yields reverse course and begin to rise. We see better opportunities in other investments. 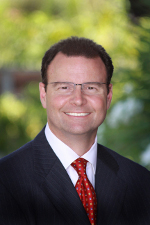 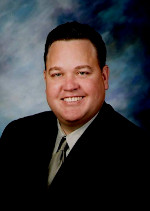 America is aging. As a result, the country is seeing an explosion in jobs involving caring for the elderly. The Bureau of Labor Statics predicts personal and home care aids will be one of the fastest-growing occupations in the next decade, climbing 49 percent through 2022.

At the same time, the retirement and assisted-living industry is the least-profitable industry in America, according to Sageworks, a financial company in Charlotte, N.C., that analyzes industry growth.

When one industry prospers, outsiders often find a way to tap into that success. A growing industry can need new suppliers, distributors or back-office service providers. Informed decisions by investors can lead you to benefit from the fastest-growing industry groups.

But how do you know which industries may be worth mining for opportunity?

With 2014 behind us, let’s take a look at some of the factors that influenced markets last year. With the economic recovery in its fifth year, 2014 was the year in which Americans finally became confident in the economy and their financial prospects. Despite several short-term pullbacks, 2014 was unambiguously good for the stock market; the major indices turned out solid performances.

Oil prices fell to surprising lows, a sudden decline in crude oil prices gave markets the jitters in the final weeks of the year. Since its June high of $115.19 per barrel, Brent Crude lost over half its value, falling to $53.46 per barrel at the close of the year. Oil prices slid on a combination of high supply volume, caused in part by rising U.S. shale oil production, and expectations of lower global demand. Gasoline prices followed oil, bringing the national average price to $2.299 at the end of December.

Cheap oil is a mixed blessing for the economy. On one hand, lower prices will likely boost consumer sentiment and increase consumer spending, which is great news for U.S. businesses. On the other hand, companies that depend on higher oil prices (such as domestic oil producers) will struggle.

The Fed continued to be a major player in 2014. After welcoming new Chair Janet Yellen in February, the Fed continued to taper its monthly bond purchases before completely ending quantitative easing programs at the end of October. They cited improving labor market conditions, as well as general optimism about economic growth in their decision to end stimulative monetary policy.

The Fed’s next move will likely be to raise interest rates. Though we don’t have any solid dates from the Fed, some insiders believe that the overall strength of the economy may allow the central bank to raise rates as soon as the spring of 2015.

2014 was a very good year for the U.S. economy. Though the unseasonably cold weather caused by the “polar vortex” in much of the country chilled economic activity in the first quarter, gross domestic product rebounded significantly in later quarters.

Given the rapid pace of growth in the second and third quarters, this would not be a surprise, but would still put the economy on an upward trend.

Consumer spending, the biggest engine of economic growth in the United States, also made gains, the same trend was visible in sales of big-ticket items like autos, which saw an uptick as American consumers caught up on major purchases.

The labor market also made tremendous progress last year. The economy started the year with 6.6 percent unemployment and trimmed it to 5.8 percent by November.

Improvements in the labor market translated into stronger consumer sentiment in most of 2014. Americans became more optimistic about their economic prospects and official measures of consumer confidence soared to the highest levels since before the recession.

Overall, Wall Street is cautiously optimistic about markets in 2015. A poll of 15 top Wall Street analysts showed average expectations of about a 6.0 percent gain in the S&P 500 this year. As always, it’s best to take these predictions with a grain of salt. Projections this early in the year are nebulous at best, and we learned in 2014 that markets can turn on a dime.

Remember, smart financial decisions impact the quality of your life.