About the property:
The 128,852-square-foot Creekside Plaza community shopping center is anchored by a Stater Bros. market and a 10-screen Digiplex theater. The center is 99 percent occupied, with tenants including Subway, Starbucks, Gamestop, Chipotle and FedEx.

The property was constructed in 1993 on a 12.7-acre corner parcel and renovated in 2005. Not included in the offering were a restaurant property and two financing offices at the front corner of the center, at Poway and Community roads. 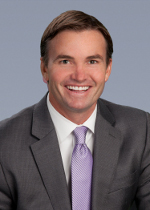 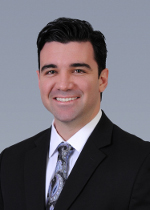 Closing the deal:
The deal closed in March 2014 for $43,975,000, cash, according to public data. The buyer was La Jolla-based ROIC Creekside Plaza LLC, and was represented by Ryan Gallagher and CJ Osbrink of the Irvine office of HFF. The seller was Azure Creekside Corp., and represented itself in the deal.

ROIC Creekside Plaza is an entity of real estate investment trust Retail Opportunity Investments Corp., which has a portfolio of about 59 retail properties including Kearny Mesa’s Hawthorne Crossings and La Jolla’s Renaissance Towne Centre, where ROIC’s offices are housed.

“At the time this went to market, it was one of only a few well-performing grocery anchor centers on the West Coast,” according to Osbrink said. “That’s what made it so appealing to potential buyers. We were able to make sure we were getting the best deal for our client.”

The movie theater and grocery store combo was a unique offering, Osbrink said. “It’s not something you see every day.”