Inside The Real Deal 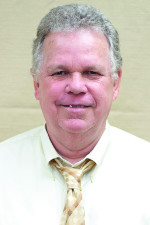 Every week, our Real Estate Editor, Richard Spaulding, selects a commercial real estate sale or lease transaction that he feels has particular merit in its time and place. It may be because of its size in terms of dollars, it may be the first of its type in a long time, it may have been a difficult deal to make for any number of reasons -- but it is always of interest to the real estate and general business communities.

For this special annual commercial real estate section, “The Real Deal,” Spaulding and The Daily Transcript editorial staff looked at all the real estate transactions he has designated as a "Deal of the Week" during 2014. The selected deals and the Realtors responsible for them are highlighted in this publication and on the San Diego Source at therealdeal.sddt.com.

Spaulding has been involved in San Diego real estate and properties for more than 40 years. He became real estate editor of The Daily Transcript in April 1992. Today, he is responsible for the daily content and production of real estate and construction industry coverage. He has extensive knowledge about public documents, the process of buying and selling properties and the real estate industry in general. Spaulding authors "Real Estate Briefs," "Leasing Notes," and "Deal of the Week."

Previously, Spaulding was a staff writer for 10 years at the San Diego Tribune after an initial stint at the Transcript as a reporter from 1973-1981. He is a native-born Californian who has lived in San Diego since 1968. He served in the Army in Vietnam from 1963-1964. Richard is a graduate of the University of Iowa.

Log on to sddt.com and to the special page therealdeal.sddt.com to follow the deals, trends and discussions among San Diego’s top commercial brokers, along with unmatched coverage from our staff of dedicated reporters.