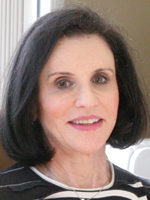 If necessity is the mother of invention, there is perhaps no greater necessity than the health of human beings and the eradication of disease, worldwide. To this end, scientists regularly invent drugs to treat a wide range of maladies and bring them to market, hopeful for a multimillion-dollar acquisition by a large pharmaceutical company.

The process can take many years and is fraught with obstacles. Protecting inventors' intellectual property, such as patents, copyrights and trademarks, and navigating the long and expensive course leading to the issuance of a U.S. patent takes an individual who possesses the rare combination of professional training as a scientist and as an attorney. It takes someone like Dr. Stephanie Seidman, of the San Diego law firm, McKenna Long & Aldridge.

Seidman, originally from New York, has more than 27 years of experience providing strategic counseling on the development and commercialization of patent portfolios for the bio-pharma industry. She has prosecuted hundreds of pharmaceutical, biotechnical and chemical patents, notably patent portfolios involving complex technologies including therapeutic proteins, small molecules, antibodies and diagnostics.

"I started off as a scientist. I have a Ph.D. in molecular biology/biochemistry from Indiana University. I did post-doctoral work at NIH (National Institutes of Health)," said Seidman. "I was looking around for alternative careers, as jobs for Ph.D. scientists were not plentiful. My boyfriend at that time saw an ad soliciting applicants for a master's degree program in patent law. He met with the professor, who indicated that molecular biology expertise was going to be in demand. Neither of us were interested in obtaining a master's degree, but it did get me interested in patent law, and I applied to law school. (The ex-boyfriend) is now a CEO of a well-known biotech company."

San Diego's burgeoning biotech industry, with more than 400 companies, has been the launchpad for drugs to treat a broad spectrum of diseases and was a major catalyst for Seidman's decision to move here from the East Coast 21 years ago.

"There always are new start-ups (here) and a lot of basic scientific research and many entrepreneurs, and new companies," she said.

Although McKenna Long & Aldridge is a general practice firm, it has a robust and large patent practice. Seidman's practice is focused on the biotechnology industry and the pharmaceutical industry. She heads a team of a dozen Ph.D.'s, including three other attorneys and several patent agents and law students, working on behalf of clients. Her clients include local San Diego companies, with technologies including protein therapeutics, antibodies, viral therapeutics, diagnostics and pharmaceuticals. Her group has drafted and prosecuted and obtained patents, in the U.S. and worldwide, for clients in these areas.

To what does Seidman attribute success on behalf of her clients?