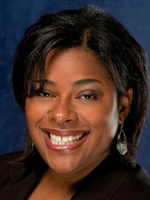 As a young girl interested in architecture and construction, Carmen Vann was fortunate to live in Washington, D.C., an area that provided ample opportunities to get involved in both fields.

"D.C. had a lot of interesting summer programs for young people," said Vann, now a project executive with the San Diego office of Turner Construction Co. "One that I was involved in, sponsored by the Smithsonian Institution, was called ‘Renaissance Rascals,' where we studied architecture of the Renaissance period by taking advantage of all the cathedrals in the D.C. area.

"From there, I continued on the path of preparing myself for a career in either engineering or architecture. One day I learned about a degree called architectural engineering, and as I pursued that degree, I realized that what I really wanted to focus on was construction management. Every step in my growth as an individual and as a woman has been in or around the idea that I would be in this industry in some way."

Fortunately for San Diego, Vann's ambition resulted in her directing construction of some iconic local structures built by Turner Construction. One of her most notable projects was the award-winning $185 million San Diego Central Library, where she served as the project executive, leading and managing all construction efforts.

She currently is project executive for the 16-story Sempra Energy headquarters project downtown. Previous recognizable projects include the $65 million Ten Fifty B apartments, at 23 stories, the tallest affordable-

Vann earned a bachelor's degree in construction management from North Carolina A&T State University in Greensboro. Her first job after graduation was with her uncle's construction management firm, the Vann Organization in Cherry Hill, N.J., as junior construction engineer. There she conducted scheduling and upfront preconstruction coordination for several assignments in the New York and New Jersey areas, including the Columbia Residence Hall project and Tuttleman Learning Center on the campus of Temple University.

After a year and a half, she pursued her career further in Nashville, Tenn., joining residential construction firm Zaring Homes for two and a half years before deciding to get back into commercial construction. She joined Turner in Nashville in 2000, and transferred to San Diego in 2003. Her responsibilities have included cost estimating, systems analysis, scheduling, phasing plans, value engineering, constructability reviews, construction planning, procurement and field management. All of her assignments are now in the San Diego region, where she directly supervises 15 to 35 employees.

Since arriving in San Diego, she has made a name for herself in the local construction industry. "Of course, you always have to prove yourself as a woman in this field," she said. "But my experience has been that San Diego is open and welcomes all people as long as you are willing to put the work in. And so I allow my work product to speak for myself and hope that people see me not through the lens of me being a female or a woman of color, but rather an effective project manager/project executive in my professional life."

She also has made it a priority to give back to the community and has been recognized for efforts. She earned the ENR California website's prestigious Top 20 under 40 Award for 2011, San Diego Metro Magazine's Top 40 Under 40 Award and was named among San Diego's 2011 Women Who Mean Business by the San Diego Business Journal. She has also served as an ACE Mentor for high school students for several years and actively participates in Rebuilding Together San Diego. She is the past chairwoman of Associated General Contractors of America Education and Foundations for Success Committee, and serves on the board of the San Diego Architectural Foundation. She is a board member of Mission Gathering Christian Church in North Park, and previously served on the boards of North Park Community Association and the Balboa Park Conservancy.

"I'm on the brink of getting deeply involved with the Girl Scouts of America, San Diego chapter, as a supporter," she said. "I used to be a Brownie and I'm really looking forward to re-engaging that organization and providing my time and talents in any way possible to promote the advancement of Girl Scouts.

"This is a great profession for women, with so much to offer. It's no longer just a good-old-boys' world, and we're seeing more and more females enter this industry and finding themselves being successful.

"My advice to women who want to enter the field is to find a female mentor who can encourage you, give you advice and coach you to get through those difficult times. More importantly, know yourself and do not let anybody devalue who you are, period."