Zeldes Haeggquist & Eck has gone up against some big names, including Apple, Sony and Trump University. The San Diego-based law firm represents employees who are wrongfully terminated, retaliated against, or experience workplace discrimination and harassment. In addition, the firm handles consumer fraud, securities and employment class actions.

Stepping up for people in need is a motivating force for Helen Zeldes, Alreen Haeggquist and Amber Eck.

"At our firm, we share a passion to speak up on behalf of those who don't have a voice," Zeldes said. "As women who live in a democratic country where we can exercise our civil rights, we feel it is a privilege to do so for our clients."

The partners met while working at the nation's largest plaintiff's class-action firm, Robbins Geller Rudman & Dowd LLP ("Robbins Geller," formerly known as "Lerach Coughlin" and "Milberg Weiss"). Zeldes and Haeggquist left to start their new practice in 2008, and Eck joined them in March 2010. The firm has since grown to six attorneys, including one of counsel, and two support staff. In June, the team will move to new offices in the NBC Building downtown. Clients are serviced nationwide depending on practice area, such as consumer class actions and securities. Employment cases are primarily litigated in San Diego.

Clients around the country are thankful they've had the only all-female-partners plaintiffs' law firm in San Diego on their side. Each partner points with pride to particular cases that had positive outcomes.

"When I was in law school at the University of Hawaii, I was a paid intern on a human-rights case on behalf of Burmese refugees. It was a very inspiring case that motivated me to do the kind of work that I do," Zeldes said. At Robbins Geller, Zeldes and Haeggquist worked for many years in the consumer, antitrust and insurance fraud class-action practice group. Zeldes was instrumental in litigating a series of nationwide senior annuities fraud class actions in which Lerach Coughlin was appointed co-lead counsel. 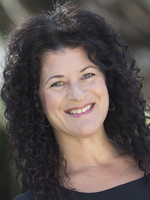 At Robbins Geller, Haeggquist participated and played an instrumental role in the successful prosecution and settlement of numerous antitrust and unfair competition cases. 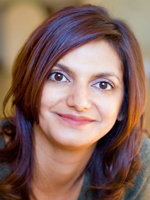 "Now, I primarily represent employees who have been discriminated against or harassed by their employers." Haeggquist said. "I'm always proud when we obtain a recovery that changes the employee's life, so they can move forward and get past the conduct they unfortunately had to endure." 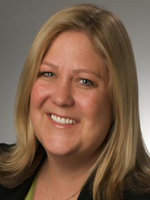 Eck was a partner for 12 years at Robbins Geller. She litigated many shareholder and derivative class actions, resulting in substantial recoveries for investors, and extensive corporate governance changes.

"I have had the opportunity to stand up for clients' rights in a wide variety of situations," said Eck, "from shareholders harmed by securities fraud, to victims of real estate investing scams, unethical timeshare practices, or other consumer scams, to employees who have been treated unlawfully and unfairly. It is often challenging, but is extremely rewarding."

The partners credit other women for influencing their decision to pursue legal careers.

"My mom was a very strong and outspoken woman and because of her, it always occurred to me to speak up," Zeldes said. "I come from a family with a background in activism. My grandfather was active in the civil-rights movement and my mom always encouraged us to speak up to injustice."

"My mother also inspired me to stand up," Haeggquist said. "However, it was her passivity — witnessing her failure to stand up when she needed to — that gave me the motivation to stand up for others, ever since I was a young girl."

"I was fortunate to have the support and encouragement of several strong women in my career, from my law school mentor and professor Jane Cohen, to my mom and my aunt, Harvard professor and author Diana Eck, and my colleagues Anita Laing and Mary Blasy," said Eck.

All mothers of children younger than age 11, the partners are active in their profession and the community. Zeldes serves on the advisory board of the Girls Thank Tank, which works on behalf of the homeless community in San Diego.

Haeggquist is a founding board member of GTT, is on the advisory board of GTT, on the board of Consumers Attorneys of San Diego, and is co-chairwoman of its Community Outreach Committee. Eck has been active in the legal community as a member of the Enright and Welsh Inns of Court, and in her local community as a Girl Scout leader, Deacon and GATE District Advisory Council representative.

"We create a really positive environment for ourselves and our employees," Haeggquist said. Zeldes Haeggquist and Eck walk their talk. "We go the extra mile to take care of our employees, host special events for them and encourage our staff to join us in activities that give back to our community."