Class B properties are not being built, experts say 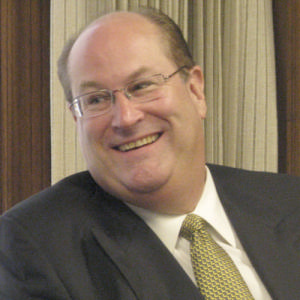 Apartment and office buildings in San Diego County seem to be either brand-new or more than 40 years old, with few in between.

"The average age of an apartment complex in the county is 41 years of age, and it looks it," said Nevin, adding that nobody seems to be building Class B apartments anymore. "It's an extremely difficult situation. There's nothing to trade up to."

"It's just as if you never went to a doctor but were 50 years old," added Jan Sachs of Sachs Commercial.

Robert Vallera, a Voit Real Estate Services senior vice president and apartment specialist, agreed, saying that some owners aren’t aware of how dated their properties are.

"We track the holding period for 1031 exchanges, and we found that it is kind of like an inverted bell curve. A lot are over 20 years and a lot are under five years," Exeter said.

Jeff Hickox, RG Investment Real Estate Services business development director, said that with such a constrained apartment market, there may be little incentive for some owners to upgrade their properties.

Lance McGoldrick, Trilar Management Group principal, countered that new apartment complexes are garnering such high rents, and the gap between the luxury units and older units has become so enormous that there is a real incentive to upgrade the older properties.

Gary Hartman, senior property and casualty broker with Snapp & Associates, said many owners are buying apartment buildings and repositioning them, but are more interested in turning a quick profit than holding them long term.

"They are fixing them up and turning them, and they aren't sticking around," Hartman said.

For those property owners who hold for a while, McGoldrick warned that the cosmetic upgrades might be insufficient.

"Some of these units can't run a hair dryer, let alone a washer and dryer," McGoldrick said.

Vallera also said that hardly any small- to medium-size apartment complexes have been constructed since 1990, and that it isn't the only problem.

"We've also down-zoned much of our apartment land,” Vallera said.

Vallera added that failing to allow office and industrial land with residential is a mistake.

"A lot of thinking in San Diego are the best practices from the last century," Vallera said.

Charles Montgomery, Xpera business development director, said the players who are finding places to build "are big, like The Irvine Co."

"I grew up with a small mom-and-pop development company that built offices and apartments. That's gone," Montgomery said.

Nevin said that high development fees ($80,000 per housing unit in Carlsbad, for example) are keeping a lot of projects from being built.

While waiting for other opportunities, existing owners may save money by making their complexes and grounds as water efficient as possible.

McGoldrick manages a 60-year-old complex in central San Diego where the replacement of landscaping with drought-tolerant plants ended up saving 40 percent off the water bill, thanks to a substantial rebate from the city.

Joel Grushkin, Cost Segregation Initiatives managing director, added that a recent change in the tax code will also allow for depreciation in connection with the landscaping that was removed.

"You can take a write-off when the old landscape goes in the dumpster," Grushkin said, adding that the property must be owned at least a year to claim the benefit.

"Owners just don't realize where all the incentives are," Sachs added.

On the development front, mixed-use has been all the rage, but Hickox said not all mixed-use projects will be successful.

"A lot has to do with lenders. Going with Freddie Mac or Fannie Mae, only 10 percent of what you build can be something other than apartments. With the new market tax credits, lenders want at least 25 percent to be commercial," Nevin added.

Nevin said a city such as La Mesa, which has easy access to the trolley system, should be at the forefront of mixed-use development, but it hasn't happened.

Nevin also said apartment zoning is 50 years behind the times.

Nevin said there are developments that manage to succeed even with the restrictions. One of these is Kensington Commons, 28 apartments over retail development by architect/developer Allard Jansen.

"It's getting rents equivalent to downtown," Nevin said.

Nevin said one of the problems in Hillcrest is "retailers there are dead silent about planning."

Montgomery said what Westfield has been doing with malls from Plaza Camino Real to Horton Plaza are a lesson for other retailers.

"If you look at what Horton Plaza did for downtown and look at what they're doing now, they're opening up and redefining Horton Plaza. Look at Plaza Camino Real. They're repositioning all those properties," Montgomery said.

Nevin said public transportation can make a huge difference in bringing pedestrians to a project.

"Retail can be a failure without public transportation," Sachs added.

Finally, Nevin and Sachs said communities such as Morena/Linda Vista could be so much more than they are today.

"It looks like you're in a small town that died 50 years ago," Sachs said.

Very informative and interesting article. Interestingly, this morning's Union Tribune spoke of the approved Ballpark Village project in the East Village, which will include hundreds of apartments.